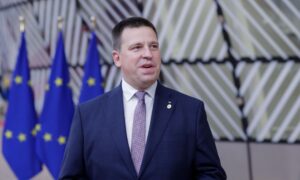 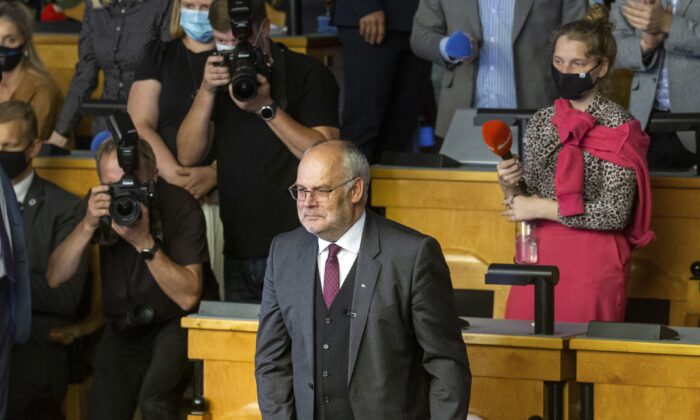 TALLINN, Estonia—Estonia’s parliament elected the chief of a major national museum as the Baltic country’s new president Tuesday in a second round of voting after lawmakers rejected the appointment a day earlier.

Estonian National Museum director Alar Karis secured support from 72 members of the 101-seat Riigikogu legislature, while eight lawmakers voted blank and the rest abstained or were absent. Karis was the only candidate in both rounds, but he failed to achieve the necessary two-thirds support, or 68 votes, in Monday’s secret ballot.

“I thank all of those who voted for me and also those who didn’t. I promise to be a good partner for the Riigikogu,” Karis, 63, said in a short speech after the tally was announced.

The former state auditor and university leader will succeed President Kersti Kaljulaid, Estonia’s first female president. She could not seek another five-year term in office because she failed to obtain a minimum of 21 lawmakers to propose her as a candidate.

Karis was seen as having a good chance of being elected because Prime Minister Kaja Kallas’ Reform Party and the Center Party, which make up Estonia’s center-right coalition government and hold 59 parliament seats, endorsed him earlier this month.

The two parties praised Karis’ solid academic background, including as rector of the University of Tartu, Estonia’s main academic institution, and his understanding of Estonian society.

Meanwhile, the right-wing populist EKRE party had decided its lawmakers would abstain from the vote. The opposition party failed to qualify its own presidential candidate.

The prime minister holds the most power in Estonia, a European Union and NATO member of 1.3 million people, while the role of the president is largely ceremonial—including representing the nation abroad and acting as a domestic opinion leader.

But the president’s powers include being the supreme commander of Estonia’s armed forces, formally appointing government members, and signing laws to make them valid. The president also has the authority to veto law proposals.

Karis is to assume office on Oct. 11, according to initial information from the government. A native of Tartu, Estonia’s second-largest city after the capital, Tallinn, he is a molecular geneticist and developmental biologist by training. He became a university professor in 1999 and headed the University of Tartu between 2007–2012 as its rector.