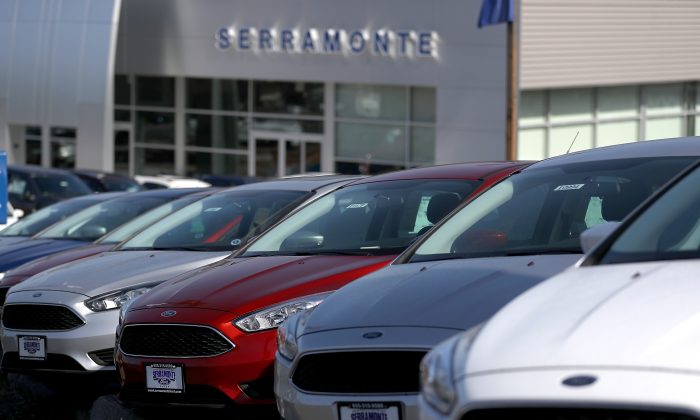 The monthly payments made by people who have purchased a new vehicle hit a record high in May, according to the Cox Automotive/Moody’s Analytics Vehicle Affordability Index.

Though a 0.3 percent growth in median income supported vehicle affordability, all other factors moved against affordable pricing in May, a June 15 report detailing the index stated. The price paid for new vehicles rose by 1 percent while the average interest rates increased by eight basis points. “As a result of these moves, the estimated typical monthly payment increased 1.7 percent to $712, which was a new record high.”

“New-vehicle affordability in May was much worse than a year ago when prices were lower and incentives were higher. The estimated number of weeks of median income needed to purchase the average new vehicle in May was up 19 percent from last year,” the report stated.

The number of median weeks of income required to buy an average new vehicle rose from 40.8 weeks in April to 41.3 weeks in May. This is the fourth consecutive increase in as many months.

At present, there is a high demand from car buyers and a low supply of cars, so customers are “going to be paying more,” Brian Moody, executive editor for Kelley Blue Book, said to ABC News. However, customers can still get good deals from brands like Buick, Hyundai, and Mazda that tend to be less sought after, he said.

Moody also said there is a possibility of car prices dropping later this year.

“Although prices are up for May, it’s only 1 percent, and so that indicates … we may be headed toward a place where the prices will start to decrease.”

According to a report published by TransUnion in May, auto loan origination volumes during the fourth quarter of 2021 had dropped by 3 percent.

The average balance of new auto loans for the first quarter of 2022 grew by 15.5 percent year-over-year to hit $28,415. The average monthly payment of vehicle purchases, including both new and used vehicles, rose to $556 during this time. This is an increase of about $100 in a period of over four years.

Tighter dealer inventory of vehicles, as well as international supply chain issues, COVID-19 lockdowns in China, and Russia’s war against Ukraine, have all contributed to eroding vehicle affordability and softening sales, according to TransUnion.

Moving forward, the organization believes the shutdown of international factories will lead to a growing lack of inventory for the rest of 2022.

The sale of certified pre-owned (CPO) vehicles declined 7 percent in May from April and is down by 22 percent when compared to May 2021, according to Cox Automotive. The May CPO sales number is the lowest since February and is a departure from four straight months of CPO sales increases.