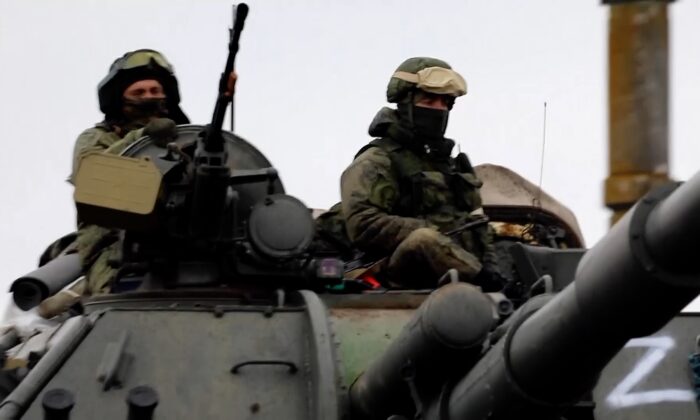 Russian President Vladimir Putin’s war against Ukraine cost the country thousands of soldiers as Kyiv has put up a staunch resistance against invading forces, American intelligence officials said during a March 8 hearing of the House Intelligence Committee.

The number of Russian troops killed in the invasion to date is somewhere between 2,000 and 4,000, according to Lt. Gen. Scott Berrier, director of the Defense Intelligence Agency. However, he admitted that the estimate has been made with “low confidence.” He added the situation in Kyiv could become “somewhat desperate” in the coming 10 days to two weeks as Russia is cutting off supplies to the city.

Moscow’s inability to take control of Kyiv and overwhelm Ukrainian forces has deprived it of a speedy military victory that was initially expected, Avril Haines, the director of National Intelligence, said at the hearing. Such a victory could have blocked NATO and the United States from providing “meaningful military aid” to Ukraine.

“Moreover, we assess Moscow underestimated the strength of Ukraine’s resistance and the degree of internal military challenges we are observing, which include an ill-constructed plan, morale issues, and considerable logistical issues,” Haines added.

Even if Russia ignores international sanctions, Moscow will find it “challenging” to control Ukraine via a “sustainable pro-Russian regime” as there could be “persistent and significant insurgency.”

Criticizing Russia’s act of shelling civilian cities, Haines specifically highlighted the military attack on a nuclear power plant as an example of how the Kremlin has a high disdain for the safety of civilians.

Putin not only misjudged the extent to which Washington and allies would go to ensure the efficacy of the sanctions but failed to anticipate private sector pullback from Russia. Despite these disadvantages, Putin will essentially be “doubling down” to achieve the disarmament of Ukraine to prevent Kyiv from integrating with NATO and the United States.

Putin was banking on capturing Kyiv within the first two days of the war but is still stuck in a position where Russian forces are unable to completely encircle the city, William Burns, the director of CIA, said at the hearing.

“He was confident that he had modernized his military and they were capable of quick, decisive victory at minimal cost. He’s been proven wrong on every count,” Burns said. “Those assumptions have proven to be profoundly flawed over the last 12 days of conflict.”

However, Burns agreed with Haines’ view that Putin is unlikely to back down and believes the Russian president will “double down” to grind down the Ukrainian military without regard for civilian casualties. But the analysts at the CIA remain unclear on how Putin can seize Kyiv and replace the current government with a pro-Kremlin one, he admitted.