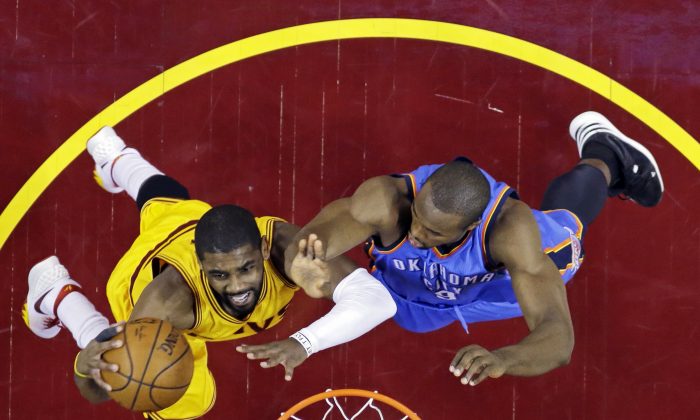 Chris Broussard of ESPN stirred some controversy on Sunday during the Cleveland-Oklahoma City game when he said the that the Cavs should win the East.

The Cavaliers, 29-17 prior to the Thunder game, is currently in fifth place in the East, four games behind Chicago and eight games behind the conference-leading Atlanta Hawks. Atlanta is on a 15-game winning streak.

“Cavs are stacked. Besides injuries, no excuse for them not to win East,” Broussard said via Twitter.

Cavs are stacked. Besides injuries, no excuse for them not to win East

“No team is perfect but greatness can overcome deficiencies.”

Broussard’s easy dismissal of the Hawks and Bulls–and his omission of the Toronto Raptors and Washington Wizards–sparked reactions from Twitter users.

“Are you really saying the Cavs are the best team in the Eastern conference? You got to be joking,” said one user.

“Lol and you are from? Sorry Mr Cleveland the only team stacked in East resides in Chi town. Your Cavs bench sucks,” said another

“Nobody is catching Atlanta,” said yet another.

However, others agreed with Broussard.

“I want the Hawks to go, but you’re right. Best player and a solid team. Upgrades on defense. They should go,” said one user.

The Cavs have won five straight, and could pick up a nice win on Sunday over the Thunder–they’re up in the fourth quarter.

The additions of J.R. Smith, Iman Shumpert, and Timofey Mozgov are also paying off, and the team looks significantly better since the trades were done a few weeks ago. LeBron James returning from injury has also helped.

Still, several teams currently have better shots at making it to the NBA Finals, primarily the Hawks. The Bulls, Raptors, and Wizards are all struggling right now, but with just one change (such as picking up Ray Allen) could also regain momentum and present tough matchups for Cleveland.