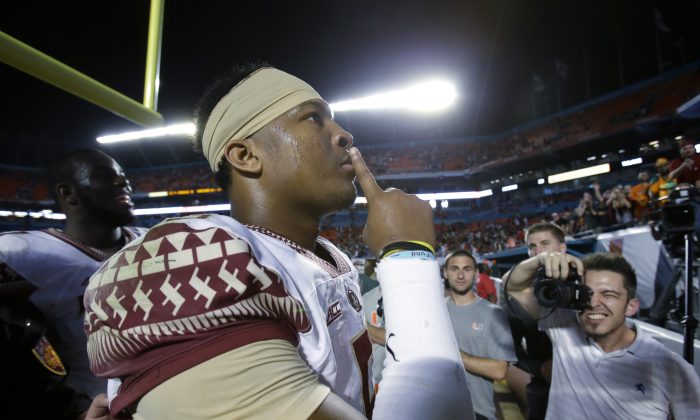 ESPN student reporter Marisa Martin is under fire for trying to crack a joke about Jameis Winston amid the shooting at Florida State University on Wednesday night.

The shooting left multiple students injured and the gunman dead.

Martin is a sports broadcasting major at the University of Alabama, and part of ESPN’s Campus Connection.

“Reported gunman on the FSU campus. Maybe he is heading for Jameis,” she said in one tweet.

Martin later said that she stood by what she wrote.

“Since apparently I can’t make a joke, in all seriousness I hope everyone at FSU is safe and that the gunman is found,” she said. “But I stand by my opinions.”

goodluck lying to twitter about your ignorance, that’s what screenshots are for #seriesofevents #marisam24 #fsu @espn pic.twitter.com/wSlaXwbCiM

Before that, though, she utilized the Twitter account of the Alabama Campus Connection to claim that she was hacked.

“Marisam24 here just letting everyone at FSU know this account was compromised tonight. Sincere apologies and an investigation is underway,” she said.

“The account was hacked into and we are trying to remedy the situation as best as we can.”

She also at one point offered an apology from her personal account to another user. “Look I let my emotions get the best of me and I sincerely apologize,” she said.

Martin has been working for the Campus Connection in an unpaid position since August 2012.

She says on her LinkedIn profile that her “ultimate goal is to work for a major network and become a sideline reporter or an anchor for shows such as ESPN’s SportsNation, Unite and First Take.”