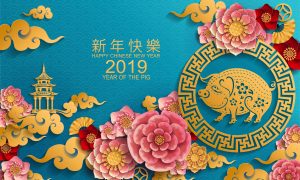 Will The Year Of The Pig Bring You Good Health and Fortune?
0
Share Now
TelegramFacebookTweetEmailTellMeWeReddit
Copy Link 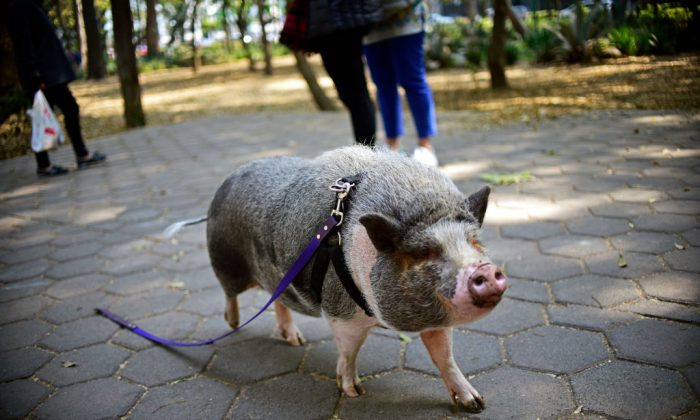 File photo of a pet pig called Jacinto, seen walking with a leash at a park in Mexico City on Jan. 4, 2018. A runaway pet pig in California was found recently and butchered by an area man. (Pedro Pardo/AFP/Getty Images)
Crime and Incidents

A California family’s missing pet pig was found but while police went to get the animal’s owners, someone slaughtered their beloved pet.

Princess the pig—a 400-pound sow—had escaped her enclosure at owner Carrie Hogan’s mother’s house in Arcata, California, on March 23, according to MailOnline.

The pig wandered around the neighborhood and was spotted by locals.

Humboldt Paws Cause, a lost and found pets service in Humboldt County, California, posted photos of the missing pig on its Facebook page.

Posted by Humboldt Paws Cause on Saturday, March 23, 2019

“Found a massive pig in our yard this morning up Fickle Hill,” Humboldt Paws Cause wrote, citing an individual named Brianne.

A lively discussion ensued about animals on the loose and whether the missing animal was a pot-bellied pig or someone’s 4H/FFA youth development project.

“That’s not a potbelly that’s a Hampshire/ mix probably for FAA or 4H it looks pretty young. Hope it finds its home!!” wrote Anna Marie.

“Buffalo on the highways and a piggy strolling around Arcata! Lol only in Humboldt!! Yee haw!!” commented Susan Wentworth.

It seemed all was settled when commenter Kelly Miller confirmed “It was one of our students. It’s under control. Thanks everyone,” and Humboldt Paws Cause updated its post, “Piggy is now in custody of APD. Please contact them if this is your pig!”

The story, however, took an unexpected turn.

According to the Lost Coast Outpost, an Arcata Police Department deputy responded to a sighting of Princess in someone’s yard. The officer asked the property owner if he wouldn’t mind keeping the pig in his yard until the police tracked down the animal’s owner. The individual obliged.

When the officer returned about an hour later to retrieve Princess, however, the animal had already been butchered.

“Obviously that was a bit of a shock to everyone involved. … Given the stage of the butchering process he was in, he must have slaughtered the pig very shortly after the officer left,” Dockweiler said, SF Gate reported.

The police told SF Gate that the man who slaughtered the pig was not the neighbor they had come to an arrangement with, but someone else who was on the man’s property with his permission.

“We were totally shocked and surprised to learn that the pig had been slaughtered,” Ahearn said, adding, “there was no reason to believe that that individual was going to do that.”

Carrie Hogan, the pig’s owner, was horrified Princess had been butchered.

The Hogan family had raised the animal since it was a piglet.

“We’re evaluating whether there was a crime. We believe there was,” he said.

When Humboldt Paws Cause posted the sad update, people responded with shock.

“What the heck happened? Where does someone take it upon himself to kill someone else’s pet/family member? Why didn’t the police hold on to it or get ahold of the owners? Could have called someone in the 4 H group or the FFA people!!! Someone mentioned earlier that it belonged to one of their students and it was under control. The officer who placed the pig into that man’s so-called care and the man who killed the pig, should both be punished.😭😭😭”

“I’m following this case, and looking forward to his name being released. I hope he’s charged with more than just “theft of livestock.” I’d like to see him used to set a precedence of pig abusers being punished as severely as cat and dog abusers. If anyone sees updates, please tag me, or contact me directly.”

“This is sad. Pig Princess looks like she was such a fine porker and loving family pet. Pigs are among the smartest animals that God created and mankind has treated its pigs with great cruelty and this is part of the great pattern of cruelty toward these intelligent and loving creatures. This particular pig was a pet and family member. Its slaughter is no less than murder. The person who did this should be subjected to an appropriate level of scorn and ridicule.”

Hogan is now fighting to retrieve Princess’s meat, according to MailOnline.

“I think that the hardest part of this is knowing that there’s somebody out there that’s this kind of savage,” she said.