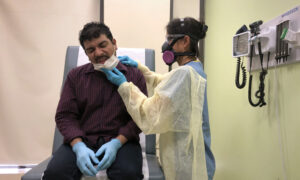 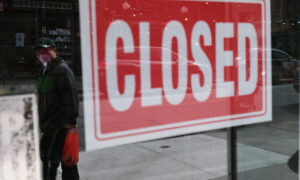 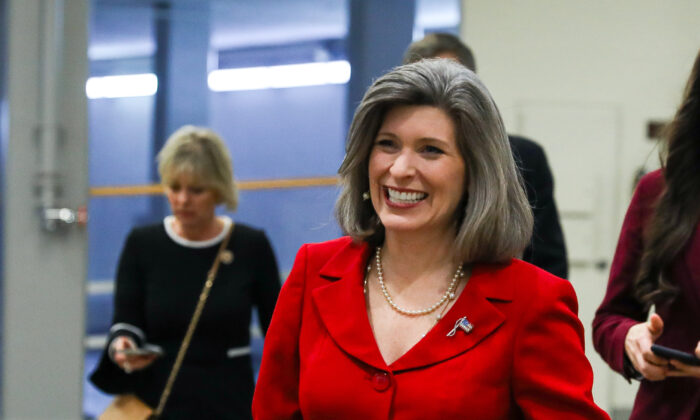 Iowa Republican Sen. Joni Ernst said on May 20 she’s introducing legislation to stop millionaires from being able to collect the extra $600 per week federal unemployment benefit that Congress included in its most recent CCP virus relief measure.

“While the additional assistance was really for folks who had lost their only income, the money we have discovered can also be claimed by millionaires” under the $2 trillion Coronavirus Aid, Relief, and Economic Security (CARES) Act, Ernst said in a telephone conversation with reporters.

“There’s no financial limitations for eligibility for these new benefits,” she added, saying “as a result, many wealthy coastal elites and millionaires may be making off with money paid out of the pockets of essential workers and taxpayers across the country,” Ernst said.

“So, think about it for a moment, we’ve got essential workers, many of them working long hours on the front lines of the pandemic and putting their lives at risk having their tax dollars taken out of their wallets and put into the pockets of millionaires who aren’t working,” she continued.

“That’s just not right. If you are lucky or industrious enough to be making millions and find yourself temporarily out of work, you sure don’t need an extra $600 a week from taxpayers to get by,” Ernst said.

Everybody who pays into the unemployment insurance funds in their state of residence should be eligible for benefits under such programs, but not for the federal benefit that’s funded with general tax revenues, she added.

“That means we may be paying more than $2 million a week to millionaires not to work,” she said. “With a $4 trillion deficit, we cannot afford to be subsidizing the lifestyles of coastal elites and millionaires who are between jobs.”

Based on Congressional Research Service (CRS) and other analyses, Ernst said there could be approximately 3,000 such high-income individuals receiving the federal dollars.

Ernst said her bill will require applicants to certify that they aren’t receiving annual incomes of $1 million or more before they can qualify for the $600 additional weekly unemployment compensation from the federal government.

Ernst named the millionaire eligibility under the CARES Act as the latest recipient of her SQUEALS Award given regularly to spotlight waste, fraud, and abuse in the federal budget.

Congress approved the CARES Act on March 27 and President Donald Trump signed it shortly thereafter. Unemployment in the United States was 14.7 percent in April due to the social distancing lockdown and closing of “nonessential” businesses begun in mid-March.

The measure was the third such bill passed by Congress and signed by Trump since early February, when the first U.S. death was recorded from the disease that originated in Wuhan, China, in 2019.

“Now what should come as no surprise to anyone is that Speaker of the House Nancy Pelosi and the House of Representatives did nothing to fix this issue in their new $3 trillion political wishlist,” Ernst said.

She was referring to the Health and Economic Recovery Omnibus Emergency Solutions (HEROES) Act, narrowly approved last week by the House on a 208–199 vote that included more than a dozen Democrats joining Republicans in opposition. Only one Republican, Rep. Peter King of New York, supported the proposal.

The House bill extended the $600 weekly benefit an extra year with no changes in eligibility. A similar bill was introduced in the Senate as well.

Asked by The Epoch Times if she plans to seek support for her bill from among Democrats who opposed the HEROES Act, Ernst said, “I will be speaking with them,” and noted that two Iowa Democrats, Reps. Cindy Axne and Abby Fenkenauer, were among those opposing the Pelosi measure.

“I believe there will be some commonsense Democrats who will see the necessity of doing this,” Ernst said.