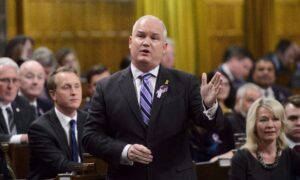 Erin O'Toole Revving up to Run in Tory Leadership Race
0 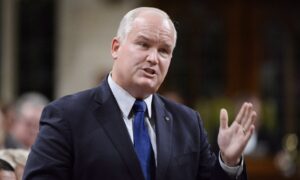 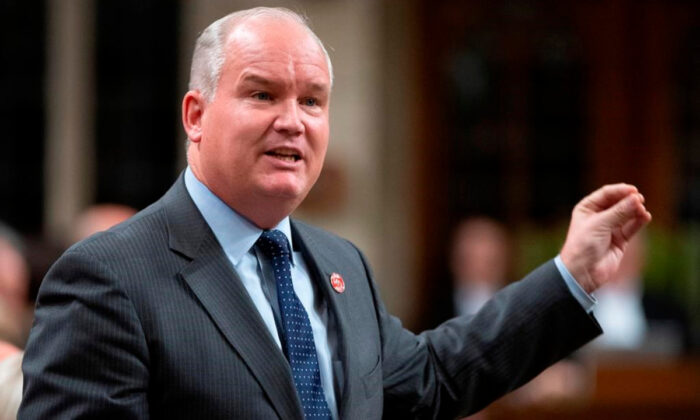 OTTAWA—Among Erin O’Toole’s jobs in the military was navigating a Sea King helicopter over the skies of Canada, and now he takes on the challenge of journeying through political terrain as the new leader of the federal Conservative party.

O’Toole, 47, grew up in a political home. His father was a longtime member of the Ontario legislature, but after leaving the military where he served in the Royal Canadian Air Force, the younger O’Toole built a career outside of politics before jumping into the fray himself in a 2012 byelection.

For the next five years, he steadily built up his political profile, including as veterans affairs minister. In the wake of the 2015 election that saw the Conservatives lose power, he decided to take a run at the top job when it became vacant after the resignation of Stephen Harper.

He finished third in the 2017 race, and it was his supporters who ultimately handed Andrew Scheer the victory that year.

Among the top finishers in that contest, O’Toole would go on to stand alone among those who remained close to Scheer going forward.

While Maxime Bernier, who placed second, quit and formed his own party, and fourth-place Brad Trost was forced to fight for a new nomination to run again as an MP, which he lost, O’Toole was rewarded with the plum post of foreign affairs critic.

He used it to keep building a brand, becoming a hawk on China policy and an early adopter of the aversion to what became known as “cancel culture,” a movement that broadly refers to historical or contemporary figures being shunned for their actions or opinions.

Taking that road helped O’Toole build the connections in the party’s more right-wing camps and he would spend this leadership campaign leaning on them.

For the campaign, he adopted an aggressive posture, riffing off U.S. President Donald Trump’s call to “make America great again” by adopting a pledge to “take Canada back.”

While at one point he was expected to run away with the race in Alberta, an early stumble on energy policy that saw him promise to end fossil fuel subsidies, but then reverse his position, cost him some support.

But overall, his tone was a marked difference for a man who had been brought into cabinet in 2015 partially because he was known to be an affable and calm communicator who could smooth over strained relations with the veterans community.

He didn’t entirely eschew presenting a gentler side, showcasing his wife and children often in campaign videos. As COVID-19 forced so many operations to move digital, his daughter Mollie was trained up on how to work a video camera, while his son Jack helped him prepare for virtual meetings.

His children and his wife Rebecca, to whom he has been married for 20 years, joined him for the results.

In one of his last messages in the campaign, O’Toole described the party to a family of sorts, comparing the leadership race to a long Thanksgiving dinner where disparate views were aired but the contenders would come together in the end.

He vowed to lead that cause in his speech Monday morning.

“You put your faith in me to lead this historic party and I am honoured and humbled. I promise you, I will not let you down.”