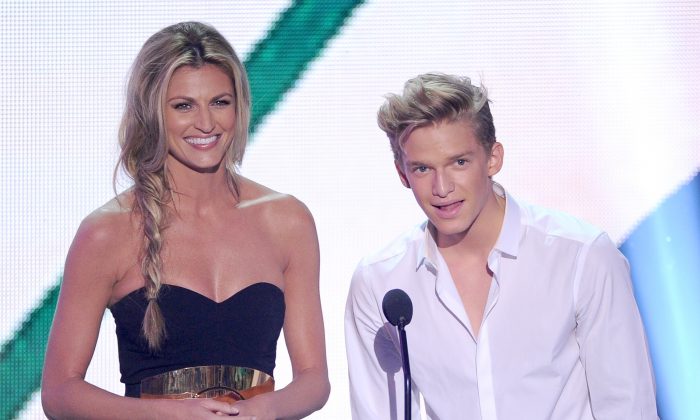 The Packers-49ers game was played in frigid temperatures. After the wind chill, it was about minus-10 degrees Fahrenheit at times.

Menefee asked Andrews, who was on the sideline, if she had licked the goal posts or if her tongue was working still. Apparently, it was supposed to be a reference to “A Christmas Story.”

“That could be very frightening,” she said.

Before the game, Andrews said she had plans for keeping warm.

“I need the name of the best sporting goods store in Green Bay…good warm jackets…,” she wrote on Twitter.