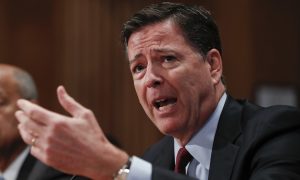 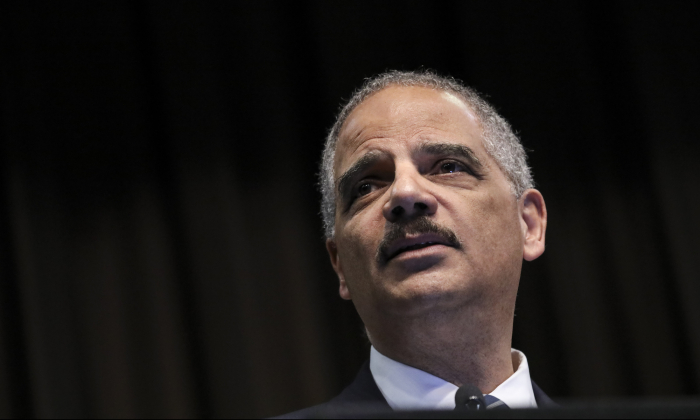 Wisconsin voters appear to have delivered a stunning rejection to former U.S. Attorney General Eric Holder’s latest political objective, in a state that’s not only sure to be a 2020 election battleground, but also pivotal in the upcoming decennial redistricting process.

Holder is the chairman of the National Democratic Redistricting Committee, a tax-exempt, 527 political organization that primarily operates for the purpose of influencing elections. The group’s stated aim is to favorably position Democrats in select “red states” and presidential swing states for the next round of redistricting after the 2020 census.

A key race in that effort occurred April 2, when liberal-backed judge Lisa Neubauer faced conservative judge Brian Hagedorn for a seat on the Wisconsin Supreme Court. Despite overwhelming outside support for Neubauer, the election has Hagedorn leading by nearly 6,000 votes.

Hagedorn, a former aide to Republican Gov. Scott Walker, claimed victory on April 3, saying “the people of Wisconsin have spoken, and our margin of victory is insurmountable.” The election, however, is likely headed to a recount, although such margins of victory are rarely overturned.

Holder was unusually active, in what would seem an inconsequential race for President Barack Obama’s former top law enforcement official. But he invested his time and reputation, as well as hundreds of thousands of donor dollars, in what looks to be another surprising Wisconsin defeat.

Famously in 2016, President Donald Trump defeated Hillary Clinton by 1 percent in Wisconsin, smashing her much relied upon “blue wall” of Midwest support. It was the first time a Republican presidential candidate won the state since President Reagan in 1984.

Determined to reclaim Wisconsin, Holder attended four events in both Madison and Milwaukee on March 14 and 15, to rally African Americans and younger voters to his voting rights and redistricting agenda, which included “voting for Judge Lisa Neubauer on April 2.”

Holder also met with the Wisconsin chapter of NextGen, a political activist organization anchored by progressive San Francisco billionaire Tom Steyer, in an event held at the University of Wisconsin–Madison. He further met with Leaders Igniting Transformation, an activist group engaging in “electoral organizing, direct action, [and] advocacy for public policy,” according to its website.

Other groups acted in tandem, pumping more than $3 million into television ads on Neubauer’s behalf—both supporting her and attacking her opponent. An allied group called the Greater Wisconsin Committee spent at least $750,000 on attack ads, according to the Wisconsin Democracy Campaign.

Wisconsin’s judicial elections are officially nonpartisan, but outside political advocacy groups have polarized the races. In April 2018, Holder’s group spent $165,000 supporting judge Rebecca Dallet in a successful bid for the Wisconsin Supreme Court, which dropped the balance of the court to a 4-3 conservative majority.

The Wisconsin election involved replacing a retiring liberal justice. Holder, among others, hoped to hold the seat and win another state supreme court election scheduled for next year. But a certified Hagedorn win will effectively dash the well-funded effort to flip the court ahead of 2020.

Typically, state legislatures are responsible for drawing redistricting maps for state legislative and congressional districts. Any resulting political disputes are then resolved in state supreme courts. Holder’s mission to elect a Wisconsin Supreme Court likely to be favorable to Democratic-friendly maps—or oppose Republican-drawn maps—appears to be lost.

As with Trump, Hagedorn’s performance far exceeded expectations. A poll conducted by the Republican State Leadership Committee a week before Election Day found him trailing by 8 percentage points.

Hagedorn, a devout Christian, was pummeled throughout the campaign for a blog post he wrote while in law school that referred to Planned Parenthood as a “wicked organization,” and opposed same-sex marriage.

He was also targeted for ties to a private religious school that opposed premarital sex and homosexuality, and for giving paid speeches for the Alliance Defending Freedom—a religious liberties organization that the Southern Poverty Law Center designated as a “hate group.”

The attacks caused the reliably Republican U.S. Chamber of Commerce and the Wisconsin Realtors to shy away from supporting Hagedorn, although the National Rifle Association and Americans for Prosperity stood by him.

Despite the fierce election headwinds, Republican voters turned out en masse. More than 200,000 more voters participated in the election than in last year’s state supreme court battle, with more of them breaking for the conservative candidate.

Election results show Neubauer failed dramatically in areas outside of Madison and Milwaukee, where Holder and aligned progressive groups were most active.

For his part, Hagedorn thanked in-state supporters. “This was a true grassroots campaign fueled from the bottom up,” he said.