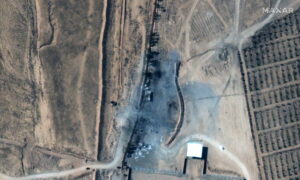 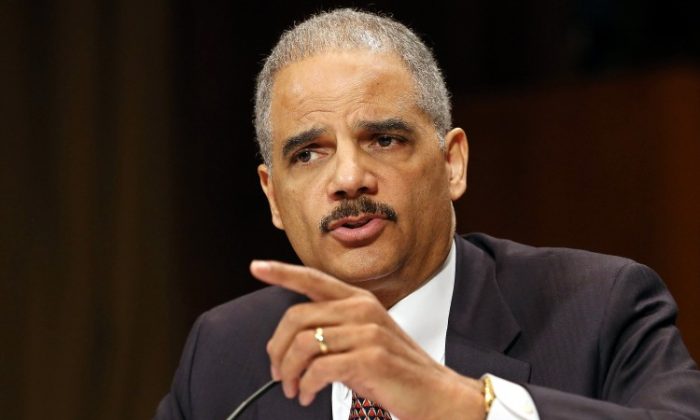 Eric Holder, attorney general under President Barack Obama, told a crowd that they should not be civil to Republicans but instead kick them.

“That’s what this new Democratic Party is about,” he added.

“We’re in this to win,” he added. “And the reality is if we don’t win, people who are less committed, less idealistic, less imbued with the values that make this nation really great, will run this country.”

Holder, who was speaking at a campaign event for Georgia gubernatorial candidate Stacey Adams, a Democrat, later said he doesn’t want people to do things that are illegal, although physically assaulting people is illegal.

The exhortation is the latest from Democratic leaders telling people to confront elected officials amid a wave of violence and threats against GOP leaders.

Hillary Clinton told CNN this week, “You cannot be civil with a political party that wants to destroy what you stand for, what you care about.”

“That’s why I believe, if we are fortunate enough to win back the House and or the Senate, that’s when civility can start again,” she claimed.

President @realDonaldTrump responding to Democratic rhetoric: “When I hear Holder making a statement like he made today, I think it’s a disgrace. And Hillary…she just doesn’t get it. She never did. She never will. And that’s why she lost the election.” pic.twitter.com/phrZ4qIh48

President Donald Trump condemned the remarks in an interview with Fox News late Oct. 10. “When I hear Holder making a statement like he did today, I think it’s a disgrace,” he said. “And Hillary, I really understand. She just doesn’t get it. She never did. She never will. And that’s why she lost the election.”

He also said that “the other side” was to blame for disruptions at his rallies.

“My rallies have been very peaceful and even at the beginning when there seemed to be conflict, they sent paid people to disrupt our rallies,” Trump said, reported Mediaite. “And when you do that, you know, bad things happen. But they were the ones that started everything. So noo, it wasn’t us. It was totally the other side. I would have a rally and paid people were going into those rallies causing trouble. And in many cases, it didn’t work out so well for those people.”

“The far-left mob is not letting up. Earlier today, former Secretary of State Clinton sent this signal as clear as day. She told CNN exactly how she views millions of Americans who hold different political views from her own,” McConnell said.

“No peace until they get their way? More of these unhinged tactics? Apparently, this is the left’s rallying cry. But fortunately, the American people know that the fact-free politics of hate, fear and intimidation are not how we actually govern in our democratic republic. … The Senate and the nation will not be intimidated.”

Violence and threats have become more common in the Democratic party and their supporters, with a number of incidents happening recently.

On Sept. 24, Sen. Ted Cruz (R-Texas) was dining with his wife Heidi in Washington when a group of far-left people linked to Antifa approached and harassed them, forcing them to leave the restaurant. The pattern of mobs confronting Republican officials in restaurants dates back to earlier this year.

Jackson Cosko, who allegedly doxxed—revealed personal details including home addresses—of three Republican Senators, was arrested and revealed on Oct. 3, to be a longtime Democrat staffer who worked for Rep. Sheila Jackson Lee (D-Texas) and Sen. Dianne Feinstein (D-Calif.), among others.

William Clyde Allen was arrested and charged on Oct. 5, for sending letters to the Pentagon and President Trump, saying he wanted to “send a message.” The parcels contained castor beans, which are used to make the poison ricin. Sen. Cruz received a similar letter.

Minnesota teacher who wrote "So whose gonna take one for the team and kill Kavanaugh?" resigns https://t.co/RIKyEzwUrn

And Sen. Susan Collins (R-Maine) was threatened and yelled at during the Kavanaugh confirmation battle and after she announced her support for him.

Democrat leaders have for the most part not condemned the violence and threats; a number have done the opposite, besides Clinton and Holder.

Sen. Cory Booker (D-N.J.) told supporters in July to “get up in the face of some congresspeople”, a call condemned by the wife of Sen. Rand Paul (R-Ky.), who recently revealed she’s taken to sleeping with a gun because of the threats she’s received. Rand Paul was attacked in his home in Nov. 2017.

And Sen. Mazie Hirono (D-Hawaii) refused to condemn the pattern of harassment during an interview with CNN after she was asked, “Should the going after people at restaurants stop?” stating: “This is what happens.”