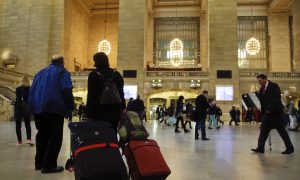 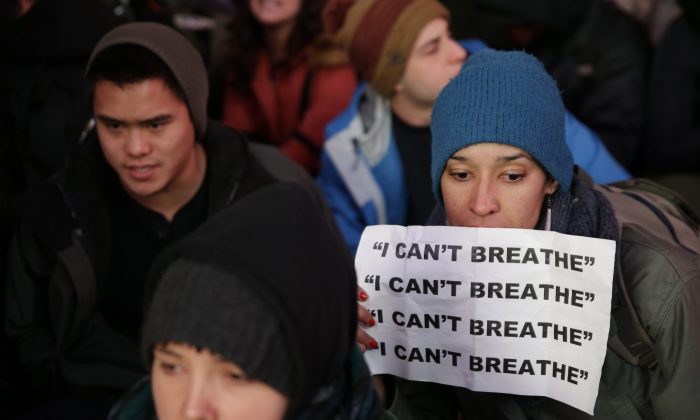 The Staten Island Grand Jury’s decision to not indict NYPD Officer Daniel Pantaleo for the chokehold death of Eric Garner on Wednesday, December 3 set off a wave of protests across New York City and in other major US cities.

More organized protests have been planned for tonight, December 4. The largest is expected to take place at Foley Square starting at 5:30 p.m. The Epoch Times has several reporters on the scene following the course of events.

Eric Garner’s father has asked for “no violence”.

NYPD Officers could be seen deploying barricades before protesters started showing up.

The protests were well mannered when compared to what happened in Ferguson, Missouri. Protesters could be seen in several different areas across the greater NYC area. A large “die in” was seen at Grand Central Station, a few thousand gathered at Times Square before marching to Rockefeller Center, preventing the Christmas Tree lighting planned for the evening.

Protesters chanted “I can’t breathe”, a phrase that can be heard being said 11 times by Eric Garner in the cellphone video taken by passerby. These were his last words. Protesters also held signs saying “Black Lives Matter” and yelled “Hands up don’t shoot”.

The NYPD arrested several dozen protesters, mostly those who refused to leave certain areas after being warned.