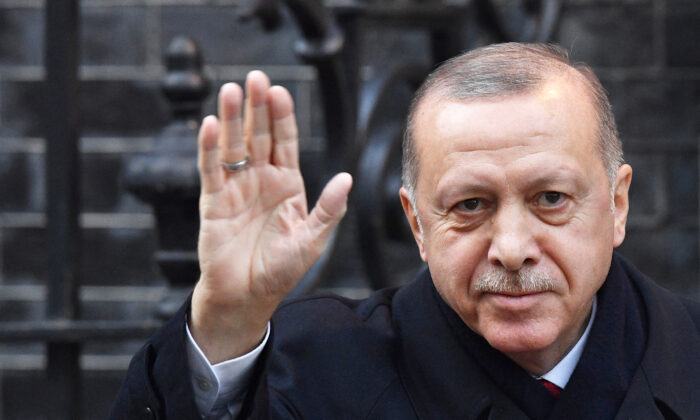 ISTANBUL—Just two days after agreeing to lift deal-breaking objections to Sweden and Finland’s NATO accession, Turkey’s leader warned Thursday that Ankara could still block the process if the two countries fail to fully meet his expectations.

President Recep Tayyip Erdogan said at the close of the alliance’s summit in Madrid that the 10-article agreement with the Nordic pair was a victory for Ankara and addressed all its “sensitivities.”

He particularly stressed the satisfying of Turkey’s demand for Sweden and Finland to extradite terror suspects with links to outlawed Kurdish groups or the network of an exiled cleric accused of a failed 2016 coup in Turkey.

But Erdogan added that if the two Nordic states renege on their promises, Turkey’s Parliament could refuse to ratify the deal reached Tuesday. NATO accession must be formally approved by all 30 member states, which gives each a blocking right.

“This business will not work if we don’t pass this in our parliament,” Erdogan said. “First, Sweden and Finland must fulfill their duties and those are already in the text. … But if they don’t fulfill these, then of course there is no way we would send it to our parliament.”

Erdogan claimed that Sweden had promised to extradite 73 “terrorists” to Turkey and crack down on the financing and recruitment activities of the Kurdistan Workers’ Party, or PKK—listed as a terrorist group by the U.S. and the European Union—and linked groups. Turkey considers the Syrian Kurdish People’s Protection Units, or YPG, an extension of the PKK.

The text of the memorandum sets no specific number of extraditions. It says Finland and Sweden will address Turkey’s “pending deportation or extradition requests of terror suspects expeditiously and thoroughly, taking into account information, evidence and intelligence provided” by Turkey in accordance with the European Convention on Extradition.

On Wednesday, Turkish Justice Minister Bekir Bozdag said Sweden and Finland’s justice ministries have files from Turkey on 33 people with alleged links to PKK and the network of U.S.-based Turkish cleric Fethullah Gulen.

Journalists repeatedly pressed Erdogan on Thursday about the extraditions and whether Sweden had actually promised the number he cited. He said the number of extradition requests previously stood at 60 but was updated to 73.

“Of course, what we understand is important from our meetings and talks,” Erdogan said. “Sweden promised to give us these 73 people with this text. They may or they may not, we will follow that through the text and we will make our decision.”

There was no immediate response to requests for comments from the Swedish delegation at the summit in Madrid.

The Swedish government has sought to allay concerns that the deal would lead to extraditions to Turkey without due process.

“I know there are some people who are worried that we’re going to start to hunt people and extradite them, and I think it’s important to say that we always follow Swedish laws and international conventions, and we never extradite Swedish citizens,” Swedish Prime Minister Magdalena Andersson told public broadcaster SVT on Wednesday.

Finnish President Sauli Niinisto stressed that Helsinki pointed out that the memorandum does not list the names of individuals.

“In the case of extraditions, we will adhere to our own legislation and international agreements. Ultimately, extradition is a legal discretion which politicians have no right to influence,” Niinisto said.

With the joint memorandum signed, NATO moved ahead with inviting the Nordic countries to the military alliance that seeks to enlarge and strengthen in response to Russia’s invasion of Ukraine.

The most time-consuming part of gaining NATO membership is the ratification of the applicants’ accession protocols by the alliance’s 30 member countries. It’s a process that involves national parliaments — and could take months.

German Chancellor Olaf Scholz said his country would launch the process of ratifying the planned NATO membership of Sweden and Finland this week and conclude it “very quickly.”