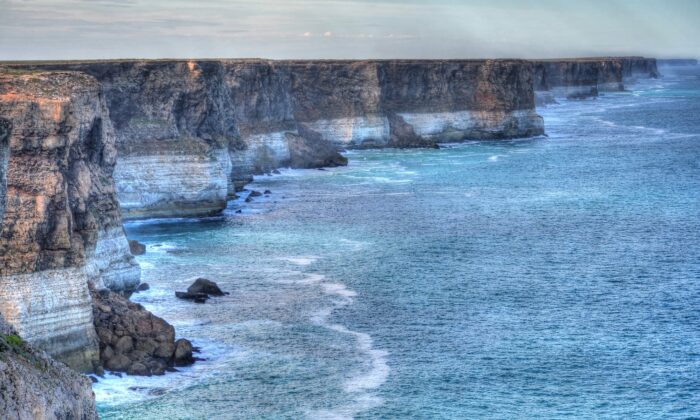 Planned oil exploration in the Great Australian Bight won’t go ahead after Norwegian oil company Equinor pulled the plug on the A$200 million project.

Equinor said the proposed oil drilling was no longer deemed “commercially competitive compared with other exploration opportunities in the company.”

“We will engage with the federal and state authorities regarding our decision to discontinue the exploration program,” the company’s local boss Jone Stangeland said on Tuesday.

“We hold an exploration permit offshore Western Australia and will maintain other ongoing interests and activities in Australia.”

Federal Resources Minister Keith Pitt is disappointed by the decision and is encouraging other proponents to fill the void.

“I know many will find Equinor’s decision not to proceed with this oil exploration project in the Great Australian Bight extremely disappointing, and it is particularly hard for South Australia,” he said.

“The Liberals and Nationals Government remains committed to encouraging the safe development of Australia’s offshore petroleum resources, which is overseen by a world-class independent regulator in the National Offshore Petroleum Safety and Environmental Management Authority (NOPSEMA).

“The Bight Basin remains one of Australia’s frontier basins and any proposals for new oil and gas fields in this area will be assessed fairly and independently.”

“Successful development could also boost our energy security. Australia’s oil production has fallen significantly over the last 10 years, and we now import over 80% of the oil we use,” APPEA’s South Australian Director Matthew Doman said in a statement. “While our energy mix is changing, all credible analysis shows Australia will use a lot of oil and gas for decades to come.

He added that “the proposed exploration activity had been subject to an extreme campaign of false and exaggerated claims that deliberately overstated the risks and ignored the potential benefits.

“Of course, any exploration and development have to be done in an environmentally safe manner,” he acknowledged. “We have to make sure there’s no negative impact on existing industries or coastal communities—and the industry remains committed to that.”

An earlier study found oil exploration in the Great Australian Bight could create 2,000 jobs and generate more than A$7 billion in annual tax revenues.

Greenpeace and others have welcomed the withdrawal as “a win for the environment.”

The Environmental Defenders Office (EDO) has been representing the Wilderness Society in a bid to overturn Equinor’s environmental approvals.

The EDO has hailed the legal action as a factor in Equinor’s decision, saying the company would have had to go back to the drawing board if the move was successful.

The case is due to appear in the Federal Court next week but may no longer be necessary.

BP, Chevron, and Karoon Gas have all withdrawn from the Bight, but Santos, Murphy Oil and Bight Petroleum still have plans to drill there.

By Daniel McCulloch and Katina Curtis. With additional reporting by The Epoch Times.