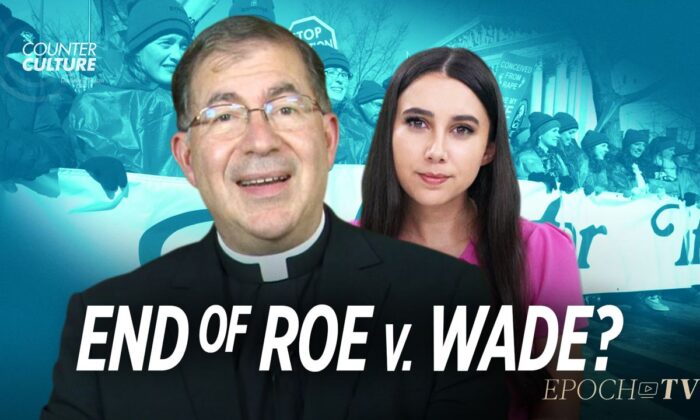 EpochTV Review: Will Roe v. Wade Be Overturned in October?

In this episode of “Counterculture,” host Danielle D’Souza Gill breaks down the recent developments in the abortion issue across the country, and most recently, in the Supreme Court. The abortion debate has been dormant for many years, not changing much since the landmark case Roe v. Wade was decided in 1973. The case determined that states could not limit abortion unless it was past the point of viability. Since then, any restrictions on abortion outside these terms have often been struck down and deemed unconstitutional by state courts.

In recent weeks, the United States has seen crucial legislation passed that may challenge the abortion status quo. Currently, there are two cases nationwide that are on the forefront of the abortion discussion. First, there is the Mississippi case, which challenges the state’s limits on abortion after 15 weeks, effectively restricting late term abortions. The case was struck down by lower courts, however, the Supreme Court has agreed to review the case, Dobbs v. Jackson Women’s Health. The hearing will be in October.

Whether or not Roe v. Wade will be overturned is unclear. Although there is a conservative majority on the court, there is not necessarily a clear majority, with Chief Justice Roberts often voting with the Liberal judges. Justice Clarence Thomas has written extensively about the racism of abortion and how planned parenthood targets black communities and tries to limit the growth of the minority population. Amy Coney Barrett, although questioned extensively about the issue at her confirmation hearing, said she would not be able to say how she would rule on a future case without hearing it first.

Today, science has evolved so much more than when Roe v. Wade was heard by the courts. If doctors had the information in 1973 that they have today, many would have been able to testify about life in the womb. If the Court overturns Roe v. Wade in October, the issue will go back to the states and allow them to decide on how to proceed with abortion legislation individually.

The other notable development that has taken place recently is the passing of the Texas Heartbeat Bill, which makes it illegal to have an abortion when a heartbeat has been detected. A key aspect of the bill is that it allows private citizens to sue abortion providers or those who aid in an abortion through financial means. The lower courts in Texas asked the Supreme Court to put a stop to the law, but in a 5–2 vote, the Supreme Court did not grant a stay on the law, which would have kept it from being carried out. Essentially, the Court said that although they may intervene in what states do legally, they cannot intervene in what private citizens do. Whether or not private individuals can sue is the issue at hand with the Texas law.

This means that even if the Court decides not to overturn Roe v. Wade, it won’t keep Texas from enforcing its law.

Gill welcomes guest Father Frank Pavone, the National Director of Priests for Life, to give more insight on this issue. Pavone says that he feels that the abortion debate landscape has changed in several key ways over the years. One of the reasons for this is that the anti-abortion movement has dynamics working in its favor that abortion-rights supporters can’t do anything about. The first of these is science, where now we know more about the baby in the womb than ever before. Another factor is that unlike those born before 1973, those conceived since Roe v. Wade did not legally have protection of life while they were in the womb. Pavone says that many who were conceived and born after 1973 see themselves as survivors, because at one point, their life was not legally protected, and they recognize that their life mattered then just like it does now. Today, the anti-abortion movement also has the voices of women who have had abortions speaking out against the abortion-rights movement. These women often speak about the pain and devastation they experienced since their abortion. The abortion-rights movement can’t do anything about these emerging dynamics, which are increasingly bringing the anti-abortion movement closer and closer to its goal.

Together, Pavone and Gill discuss whether or not the abortion-rights status quo is crumbling, citing recent events that might be the tip of the iceberg. First, they dive into the growing anti-abortion sentiments in the country as a whole. Pavone points out that every time the courts have loosened their grip on what the states can do to regulate or prohibit abortion, the states have responded by passing abortion-rights legislation. The people are pushing back, saying that they want to protect the unborn, and the courts are the ones suppressing them.

Pavone explains that Roe v. Wade said something that the abortion-rights movement chooses to ignore, which is that the state does have an interest in protecting life in the womb. It also says that states have an interest in protecting the life of the mother, which could be compromised by the abortion procedure itself. The question then becomes, to what extent? Since 1973, the Supreme Court has been viewed as the national abortion review board—which they shouldn’t be. What has happened in Texas that is so significant is not only that states are asserting themselves, but also that now the law is allowed to go into effect. The question has become, is it unconstitutional for the states to protect life earlier and earlier? The fact that the court is willing to answer that question now is very significant and can pave the way for other states to follow Texas’ lead.

Other topics discussed in the episode are whether or not Pavone believes Roe v. Wade will be overturned. Pavone says that public opinion polls about this question don’t accurately reflect public sentiment. When asked if the law itself should be overturned, the reality is that the general public doesn’t even know what the law says. When asked if abortion should be allowed during all nine months of pregnancy however, never has the majority of people said that they want that. Most people want more restrictions, more parent involvement, clinic regulations, informed consent, restrictions on late term abortions, and more.

Pavone explains that the abortion-rights movement does not want choice at all, because they realize the American people would choose life. Leaving it to the people and the states would be a losing game for them. Although they have their pockets of enthusiasts, abortion advocates usually lose by and large with the public. That is why the abortion-rights movement has had to advance their cause through the courts and through friendly judges that think like they do. The role of the court is to resolve disputes, not set public policy. If there is an issue, the courts should turn it back to the legislatures and allow them to fix the issue with the people. However, the abortion-rights movement doesn’t want to hear the people’s voice, because it would not bode well for them.

What is happening most recently in the abortion debate, is that Trump’s Supreme Court nominees emboldened states, leaving the abortion-rights movement unsure now if they can use the courts or if they need to try other ways to protect their agenda. Some ways they have done this is by trying to bypass other laws, such as those that regulate clinics and procedures, through pushing chemical abortions. They also say abortion is an international right and use this as justification to strong arm countries reliant on the United States, by forcing these countries to relax their abortion laws if they want to keep receiving help financially.

When asked why the left is so attached to late term abortions, Pavone says it is due to late term abortions being extremely lucrative. The procedure itself can cost as much as $25,000 as opposed to early abortions, which fall somewhere in the hundreds. Also, the body parts of the babies are sold for profit by the abortion industry, and they can only get those usable body parts at late stages in the pregnancy. He notes that some abortion-rights enthusiasts actually believe abortion is a fundamental right, although they seem to care more about this than other fundamental rights like freedom of speech or the right to bear arms.

It is important to remember that the Constitution does not mention abortion, and that the courts don’t erase laws, they simply can prevent the enforcement of them. If prohibition from the courts goes away, then those laws will go back into effect. If this happens, it will be significant for many states that have previously passed the Heartbeat Bill, only later to be struck down by their state courts.

Listen to the full episode for more specifics on the upcoming court procedures, as well as religious aspects of the anti-abortion debate.