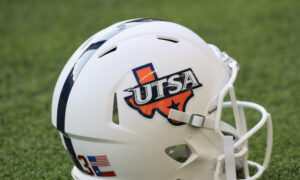 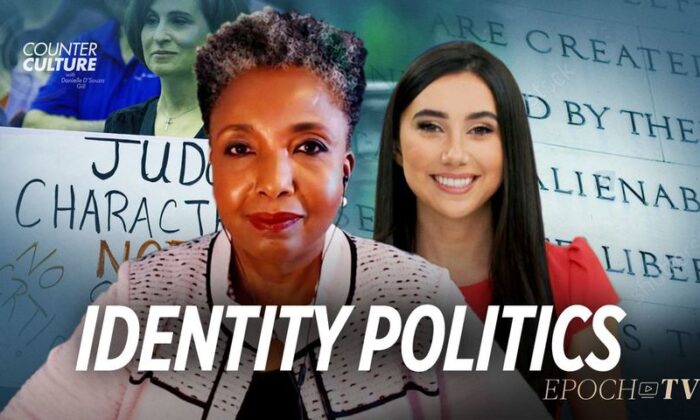 EpochTV Review: The Racism of CRT and Identity Politics

In this episode of “Counterculture,” host Danielle D’Souza Gill talks about the identity politics of the left and the damage it has done to racial relations within the United States and to the American dream overall.

Gill talks about how the liberal left’s view of race and identity is counter to most of the rest of the world. In many areas of the world, people don’t identify solely by race. In Asia for example, there are many different cultures and backgrounds. Within various regions and countries, cultures, dialects, religions, and even language can differ. The reality is, a person’s identity is not as simple as being “brown” or “white.” However, in America, the Democratic Party makes judgements on people based on race and treats people as if they are one group, politically and culturally.

Gill talks about the “intersectionality” of the left, which she defines as essentially giving people more points based on their race, or minority standing. For example, under this system, a black woman would be awarded more points than a heterosexual white male. Gill says the left uses this system to label and control people, thinking they get to tell others how to think, act, and vote, depending on the category they have assigned to them.

The left says people are essentially identified by three components: skin color, gender, and sexual orientation. However, Gill asks if there aren’t things that are more important to us than this, such as our values, actions, or integrity? What about personality, individuality, and the way we engage with others? Aren’t our experiences important to who we are, and not only what we experience but also what we choose to make of it? All of these things make us who we are. Gill speaks about her race, being an Indian woman. She points out that if she was grouped with a fellow Indian woman who was liberal, the two would not have much in common with one another. Instead, Gill would have much more in common with a black or white person who is a Christian and a conservative. To Gill, being an American unites her with others who love America, whether they were born here or not, or whether they share the same skin color or gender.

Referring to the left, she says “they don’t want you to think about your core values. They don’t want you to actually evaluate the world around you. They want to loop you in through emotion and manipulation and make you who they say you are.” To the left, you are the sum of your parts—your race, gender, and sexual orientation makes you you. They have set up the game, and we are all pawns in it. The left hates when people get together and unite over things other than what the left says we should.

Gill interviews African American doctor, Carol Swain, a former tenured professor at Princeton University and Vanderbilt University. Among an impressive list of accomplishments, Swain is also published in the New York Times, Washington Post, and Wall Street Journal. She is the founding president of Be the People Project, the host of “Conversations with Dr. Carol Swain” and is the author and editor of 10 books.

Swain talks about being one of 12 children raised in poverty in rural Virginia. She attended an all black school during the days of segregation, and dropped out of school after 8th grade. She remembers living in a shack and sleeping on the kitchen floor as a child. She speaks about being married at 16 years old, and having three children by the time she was 21. Despite her hardships, people came into her life to encourage her to persevere and achieve more. Swain notes that her story is not a black story, but an American story of success. “That’s my story. I love America.”

Swain talks about the mindset needed to succeed in difficult situations. Although her mother struggled with alcoholism and other problems, Swain said her mother never treated the children as victims. Given their poverty, the family would have qualified for handouts, but her mother wouldn’t allow that. Instead, she would instill in her children pride about who they were. They never saw themselves as held back because they were black or poor. “I had all these things working against me, but I always had a can-do attitude,” says Swain, referencing having articles published in the newspaper as a teenager and not taking no for an answer in life. “If someone told me that I can’t do something, I was hell bent on showing them I could.”

Swain says the messages she heard at that time were centered on optimism in light of the passing of the Civil Rights Act. “I came of age during an era when all we wanted was equal opportunity. All I wanted was to prove myself, just let me at ‘em. And that was what I was given by American society.” Swain notes that she did not receive the victimized message that many African American children today are given. She had role models, but she didn’t feel that these role models had to look like her. “What I see today is crippling messages coming from the Democratic Party. They have taken us backward, because they have changed equal opportunity into the pursuit of equity,” says Swain, explaining that equity means equal outcomes, which requires lowering standards. In contrast, the message of equal opportunity is that you have to work very hard, but you will not be discriminated against and will be allowed to compete with the same standards as anybody else.

Swain says that being black is not the most important thing about her. Her relationship with Christ comes first, and her political party is much less significant. When asked how the left devised this scheme of identity politics and what their angle is, Swain says she believes critical race theory is the civil rights issue of our time. Critical race theory teaches that whites and all of society are inherently racist and blacks are victims. She says what has happened to the Democratic Party is that they must divide and conquer. They need the votes of ethnic minorities, and critical race theory divides the world into oppressors and oppressed. It doesn’t matter how someone grew up, what hardships they have faced, or how they treat people—if that person is white, they are deemed oppressors.

Proponents of CRT reject Martin Luther King’s vision of people only being judged by the content of their character. With equity, many people want to be judged by the color of their skin so that they can have equal outcomes, not equal opportunities. Swain notes that CRT is a white supremacist theory, because it proposes that white people have something other groups don’t have, so those other groups have to be treated differently and standards have to be lowered for them or else they won’t be able to survive.

In order to perpetuate this narrative, the left has to ignore the history of slavery, black heroes, and white people who helped black people overcome many evils. “The story of America is a story of whites and blacks working together,” says Swain.

“We need to lock arms with our white brothers and sisters and stand in the same way that we stood together during the civil rights movement. We fought that battle together, we must fight this battle together against CRT and against the racism of the Democratic Party.”

For more resources on understanding CRT and how to fight back, listen to the full episode on EpochTV, and check out Dr. Swain’s book, “Black Eye for America: How Critical Race Theory is Burning Down the House,” available on Amazon.