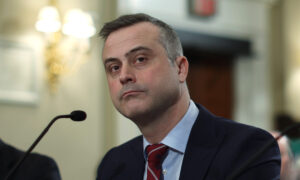 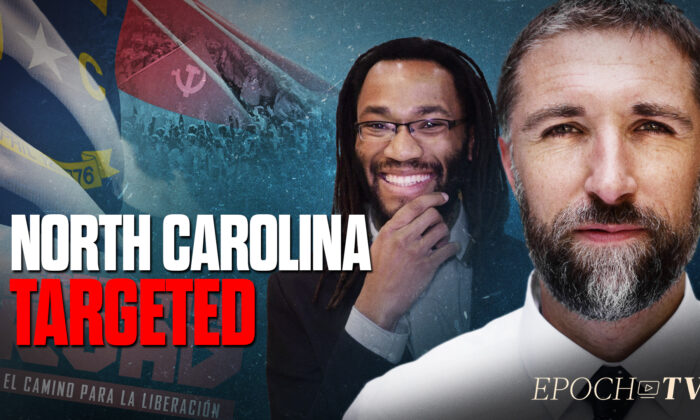 EpochTV Review: How Pro-Chinese Communist Party Activists Are Working to Flip Elections in Your State

For every American wanting to preserve their freedom and counter the unfolding communist revolution in the world, this must-watch episode of “Counterpunch” with Trevor Loudon is the place to start. The episode, entitled “How Pro-CCP (Chinese Communist Party) Communists Are Working to Flip North Carolina,” covers key strategies that communist activists and the CCP use to infiltrate and take over states through winning elections for Democrats. Loudon breaks down how this strategy could soon flip the balance of power in the United States completely in pro-CCP Democrats favor. “We have a world to win back and we don’t have much time,” he said.

Loudon uses the state of North Carolina as the key example in this episode, explaining that North Carolina is a big target for the left and communists. This is due to the number of universities there with cutting edge research, which makes it an ideal location to place spies and steal technology. North Carolina also plays a key role in the presidential election as a path to victory. The infiltration of minority communities and activist efforts there could result in flipping the state blue (Democratic), therefore making it very difficult for any Republican to ever win the presidency again.

Loudon explains how this method was done in Virginia—flipping the state from Republican to now a solid Democrat stronghold. This effort was done by a pro Communist Party organization that worked to give votes back to convicted felons. It was those votes that flipped Virginia. The organizations were well versed in the demographics needed to win, with the maps they used even being generated from the Geography Department of Wuhan University in China. This shouldn’t be a surprise. The important thing for Americans to understand is that the goal of the American pro-Chinese communists is to flip the south, as it is the stronghold of the Republican Party and Conservative Christians. This is the area for them to flip in order to destroy the Republican Party.

Liberation Road is the pro-CCP organization that Loudon delves into in this episode. This group is made up of many self proclaimed communists with ties to the CCP. These activists have been moving people in large numbers to areas of North Carolina and working to sway voter demographics in their favor as well as infiltrate local organizations. Many of the voter registration organizations they work with are in fact front groups that target different communities, such as rural or minority areas, and coordinate their efforts towards one specific goal.

The episode mentions key activists to be aware of in North Carolina, their pro-communist ties, and what role they are playing with these various front organizations. Loudon also gives examples of how activists have turned the teachers and union members of North Carolina into a voting block and increasingly militant force as well as how they mobilize targeted communities to win elections. The main pattern Liberation Road uses is to get involved in the minority communities and activate them to vote Democratic in big numbers. This strategy is how they intend to flip the state.

Durham, North Carolina, is a critical target to achieve this goal. Liberation Road has moved large numbers of people into that area and worked to elect people into local governing positions such as school board, sheriff, city council, and others. “Two organizations: The Durham People’s Alliance and Durham for All have basically put almost every serving member of the city council in their seats. And they call in favors.” Loudon says. This level of control gives these organizations key access to money, systems, information, and experience. Loudon points out that taking control of a city is a great way to learn how to take over and govern an entire state.

The episode even takes a look into the various city council members and mayors that communist fronts have elected, and their connection with the organizations. It is important to know backgrounds and affiliations before voting so that voters can be educated on who these candidates are connected with and what their motives are. Statewide, the Carolina Federation and Durham for All have supported the Democratic ticket top to bottom. Although they support all Democrats running for various positions, the main interest lies in the governor and United States Senate seats.

Right now the Senate is evenly balanced, with 50 Republicans, 48 Democrats and 2 Independents who caucus with the Democrats. That tie is broken by Vice President Kamala Harris, who Loudon points out also has a pro-CCP background. Every state, regardless of size, has two senators that serve in Washington. In the last year, Durham for All has put significant effort into flipping the two North Carolina Senate seats. If a Democrat were to win those seats, that would win the Democratic Party complete control of the United States Senate and allow them to basically accomplish whatever they want. The Democrats did almost flip one seat in a recent election, but thanks to a sexting scandal from their candidate, the Republican barely squeezed by with a victory. However, this setback was not for lack of trying.

Loudon says people need to understand that: “the communists are very strategic. They understand elections, they understand the balance of power, so they’re always trying to elect Democrats. This is the big reason they’re trying to get Washington, D.C. into a state.” If this Democratic stronghold became a state, the Democratic Party would get two more senators, making it virtually impossible for Republicans to ever control the Senate again. “A few hundred votes could decide the whole balance of power in the nation.” This power would extend to deciding the presidency as well.

The episode also covers North Carolina Governor Roy Cooper, who was elected by these pro-communist organizations. His actions of taking down confederate statues is in line with the Liberation Road ripping down and destroying monuments in the state, among other pro-communist agendas that he has pursued. Cooper is very active with pro-China causes, such as the Carolina China Council, which facilitates exchanges between China and Carolina businesses and academia. Liberation Road loves these partnerships. “That’s what they’re here to do. They’re here to give China an avenue to exert its influence in this country. That is their job.”

Loudon says that bringing Chinese companies into your county or your state is like bringing the mafia into your community. Yes there’s going to be a lot of money, but there’s also going to be a lot of corruption with it. “Every major Chinese business is affiliated with the Chinese Communist Party or the People’s Liberation Army or both. This is not like American businesses that hopefully work independently from the government,” says Loudon, stating that Chinese business and the CCP are directly and closely connected. “You do not get big in business in China unless you cooperate with the Chinese Communist Party.” By bringing Chinese companies into North Carolina, Cooper has brought the CCP into the state.

Loudon concludes the episode expressing hope that this information gives Americans a better understanding of what is happening not only in this critical state, but in every state across the country. He stresses that the same principles happening in North Carolina are also being applied all over America and all over the world. Wherever the CCP is involved, they are working with local activists to flip the seats of power in that state or community toward their own interests. “Giving the Communist Party of China access to your country at any level is going to have, openly or covertly, a big impact on your politics, and not in the right direction.”

Watch the full episode on Epoch TV, and be sure to share and spread this crucial information that others need to know.