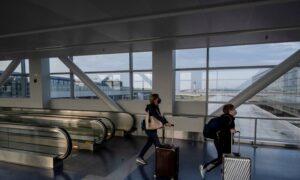 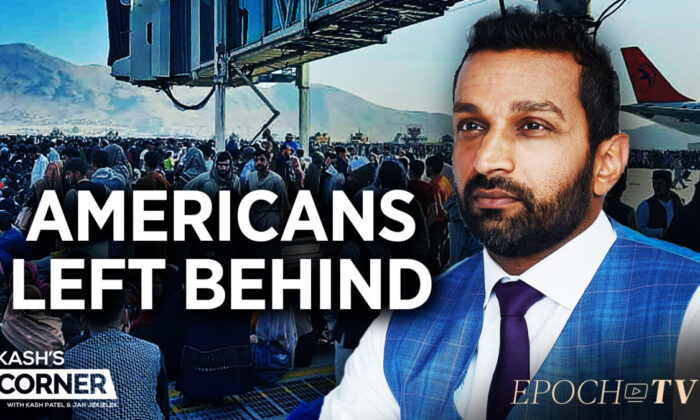 EpochTV Review: Failure in Afghanistan: What Trump Would Have Done, How Biden Failed, and What It Means for the World Now

Don’t miss this informative episode of Kash’s Corner, entitled “With Many Left Behind in Afghanistan, What Should the US Do Now?” In this episode, Kash Patel, former government official and chief of staff to the United States Secretary of Defense under President Donald Trump, dives into America’s exit from Afghanistan and the implications moving forward.

In light of 13 service members being killed in Kabul by terrorist groups, which were the biggest fatalities since 2011, Kash says the potential for loss of life must make military calculations much more reliant on sound intelligence and advice. He doesn’t feel the Biden administration is operating in that manner. With the world watching America and the events in Afghanistan, there are understandably questions about what the mission is and what needs to happen next. Kash says he doesn’t know if there is a plan, distinguishing that what happened in Afghanistan was not a withdrawal, it was an evacuation. “It is an unconditional surrender of a position in a theater of war that we have been in for 20 years.”

Had Kash still been working in the State Department under President Trump, he says he and his team would have conducted a conditions-based withdrawal. They never would have left Bagram, which is the center of operations for the United States in Afghanistan. The surrender of Bagram is having cascading effects on U.S. machinery and weaponry, as well as our ability to save Americans left behind. The reason Bagram is more vital than Kabul is because Kabul is a civilian runway in a valley. Being vulnerable on the ground is not ideal from an operational security perspective. Bagram on the other hand, about 23 miles away, is a separate landscape that the U.S. military owned and housed soldiers and allies, serving as the central hub for military transport. This hub housed billions of dollars of machinery and cyber and technological capabilities. Kash says that if you want to run any operation, you need to service the men and women who are there and provide all the logistical support needed to function and operate. “Losing that caused us a cataclysmic implosion of our security posture in the country,” he said.

In terms of leadership, who is going to run Afghanistan? Kash says it was never supposed to be the United States under Trump because the American people didn’t want that. He breaks down the various factions and terrorist organizations in the regions of Afghanistan and how they will play into the future and stability of the country.
According to Kash, Afghans must be allowed to run their own country. The Taliban are Afghan, as well as the Afghan nationals. The two need to be able to govern together without America’s help. The United States never should have left without negotiating a peace deal with the Taliban and Afghan government, which was always the Trump administration’s plan. Under this plan, service members would have been protected, and citizens would have been evacuated.

In regards to rescuing Americans and allies left behind, Kash says the only capable group to do that is our military, with an intelligence-driven plan to locate where our people are. The U.S. government should have been planning this and had a strategy. To do so would have required extensive planning, briefings, assessments by various agencies, recommendations to the president, etc. Such an operation cannot be conducted overnight. Kash believes what happened instead was a reactionary evacuation operation, noting that the U.S. government has openly said that people were going to be left behind. “For me, as an American who served and I’m sure I share this with so many others, that’s unacceptable. That there is no plan in place to remove every single American.”

When asked to comment on the various civilian-led special operations coordinating rescue missions, Kash said “Those activities, in my opinion, should never have had to happen. Having civilians take up the role of government in a theater of war I think is the ultimate failure of a national security apparatus. But Americans are so instilled with the belief to do the right thing and not leave Americans behind that I’m glad these individuals are coming together and are going to continue these efforts.” If the administration isn’t going to do it, he’s glad individual people will.

With Many Left Behind in Afghanistan, What Should the US Do Now? | Kash’s Corner [Full Episode]

In the episode, Kash also goes into the potential terror threats that the flood of refugees from Afghanistan now pose to the United States. Given that the United States is moving a lot of people at a high speed and with no proper vetting process, Kash believes this is a very real threat. He explains that in-country vetting should have been in place. Each person entering the country needs to be run through the entire intelligence community databases. This cannot be done in a reactionary evacuation. Knowing how terrorists operate, Kash is certain many have taken advantage of airlifts out of Afghanistan so that they could get to America and inflict harm on U.S. soil. With adequate vetting procedures and enough amount of time, the United States can make sure the people coming in are safe. Kash also notes that the United States is doing this all over the world, all the time, with various countries and allies. There is a system in place to protect our allies if their lives or families’ lives are threatened. A thorough vetting process is the critical first step to make sure the United States is removing people who actually have America’s best interests at heart. “It’s not 100 percent, it is very close to 100 percent if done correctly, and we just haven’t done that now.”

Lastly, Kash addresses the billions of dollars of U.S. machinery and weapons left behind. Under Trump, the conditions of withdrawal were to remove weapons and machinery, and once the United States secured a peace negotiation, would then destroy whatever couldn’t be removed. Under the Biden evacuation, the weapons are now in Afghanistan and are available for our enemies to examine, open up, and reverse engineer in order to inflict harm on us. “It is a strategic misstep of the highest order to leave 85 billion dollars of equipment in Afghanistan. The people who have it, terrorists, make no mistake, that’s who has it, we’ve all seen the photos, are going to use this equipment and technology for years against the United States of America.” Not only will this hurt the United States, it also poses a significant risk to U.S. allies. The United States builds the best weaponry and provides it to our allies. Now, the terrorists have it in their hands, which in turn will have harmful effects on the rest of the world.