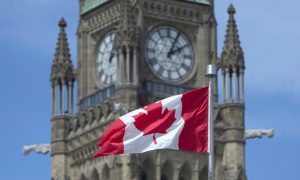 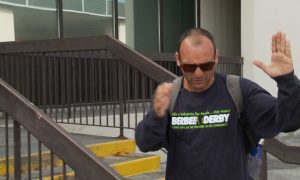 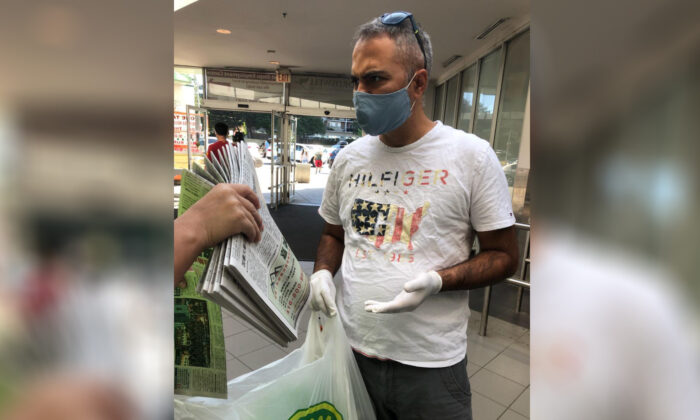 A man is confronted by an Epoch Times staff member (not seen in frame) after he was spotted taking more than 10 copies of The Epoch Times newspaper from a location in Toronto on July 4, 2020. (The Epoch Times)
Canada

A surge in the theft of Epoch Times newspapers in recent months in several Canadian cities is related to the publication’s recent coverage of sensitive topics on China, the publisher says, basing her conclusion on past experience.

“This is an ongoing and widespread campaign of interference against our operations,” said Cindy Gu, the publisher of the Canadian editions of The Epoch Times.

The Epoch Times is published in both Chinese and English in Canada. This latest round of attacks is targeting the Chinese edition, Gu says.

She says she strongly believes the activity is organized, based on the pattern it follows and how it has been carried out. In many instances, anywhere between 10 to 40 copies are taken from a distribution location, she says, in some cases by people who are not of Chinese ethnicity and can’t read the Chinese-language paper.

“This is an attack on the freedom of the press,” Gu says. “I strongly suspect this is part of an organized effort to deprive our readers of the chance to access the important information our newspaper carries. Someone doesn’t want our readers to have access to this content.”

Gu says some staff members undertook surveillance efforts after repeated reports from readers that there were no copies of the paper in designated locations, and that they had seen people remove large numbers of copies.

“Epoch Times employees observed papers getting taken in large amounts,” she says. “On July 3 and 4 alone, at least eight incidents were recorded where someone attempted to take many copies in unusual circumstances.”

The Epoch Times has experienced theft and vandalism targeting its operations since its founding. The independent news organization often reports on China and the human rights violations of the Beijing regime.

Last summer, police in Toronto arrested a man suspected of vandalizing Epoch Times newspaper boxes. The case involved a months-long campaign of destruction of over 70 boxes in the Toronto area for both the Chinese and English editions.

Gu says the campaign severely disrupted operations as readers couldn’t get access to the newspapers. She says the outlet changed its business model for the English edition to home delivery in part because of the vandalism campaign.

This latest series of incidents involve the Chinese edition of the paper, which is distributed publicly in newspaper boxes and newsstands in various locations.

Gu says the paper usually gets interfered with when it includes increased coverage of topics deemed sensitive by the Chinese Communist Party (CCP). Most recently, it has been regularly carrying content related to the CCP’s mishandling of the pandemic, as well as the erosion of democracy in Hong Kong.

“This seems to be the trend,” she says. “We see more attacks on our operations whenever we have special coverage of China.”

The latest series of incidents have been reported to the police.

“We ask the police and the public to help investigate and stop this,” Gu says.

Gu says this latest round of interference started around six months ago.

After receiving calls from many readers who were unable to get copies of the paper, staff members went to various distribution locations to monitor for any unusual activity.

Gu says the staff members encountered multiple instances of people taking many copies of the paper. When confronted, they all gave more or less the same answer: that they were taking extra copies to distribute them elsewhere.

In one case on July 4, a staff member observed three people taking 15 copies, 11 copies, and six copies each from a newsstand located in a North York Chinese grocery store in a span of less than an hour. In other locations, as many as 40 copies were removed by one person.

Adding to the peculiarity of the situation is that some of the people taking the Chinese-language paper are not of Chinese ethnicity.

Gu said similar incidents have happened in other cities, including in Ottawa, Montreal, Vancouver, Calgary, and Edmonton.

The Epoch Times was founded in 2000 to offer uncensored news outside the control of the Chinese regime. It wasn’t long before all the paper’s editorial staff in China were arrested and given long prison sentences. The publication has continued operating outside China, covering general interest news while maintaining a focus on China.

But it has been a target of Beijing’s interference on multiple occasions over the years.

Most recently in Hong Kong, four Epoch Times staff members were arrested as they were distributing promotional material during protests in the city after Beijing enacted its national security law restricting freedoms in Hong Kong.

In another incident in Hong Kong in June, an Epoch Times photojournalist was attacked by a knife-wielding man. The journalist survived the attack thanks to the intervention of a bystander who grabbed the knife, wounding one of his hands in the process.

Also last Summer, this time in New York, Epoch Times newspaper boxes were vandalized and the papers inside one of them set on fire. In another incident, New York police arrested a man after he threatened a woman who tried to stop him from throwing away copies of the paper from an Epoch Times box.