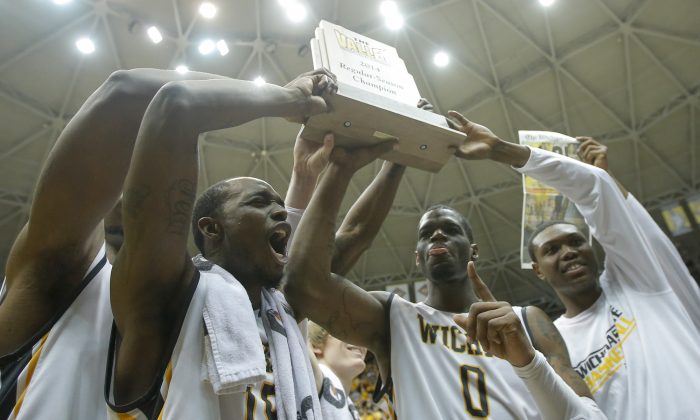 Now with the end of college basketball’s regular season schedule, March Madness begins. Teams with no chance at an at-large bid for the NCAA tourney can play their way in with one great week in their respective conference tournaments.

That, in turn, shrinks the number of at-large bids available and puts the squeeze on those bubble teams. By the end of the week, the 68-team field will be announced and the tournament will be upon us. For now, here are the 10 best teams in the country:

10. Wisconsin (25–6): The Badgers had one bad six-game stretch early in conference play that resulted in five losses. Outside of that, the team has non-conference wins over Virginia, St. Louis, and even Florida. A good showing in the Big Ten tourney this week should solidify a No. 2 seed in the NCAA tourney. This week: Big Ten tourney. Previous: 9

9. Michigan (23–7): Not many pundits would have predicted the Wolverines to take the Big Ten title without forward Mitch McGary, who missed the entire conference slate, but somehow coach John Beilein did it. Michigan has been led this season by sophomore guard Nik Stauskas, who has scored 20 or more points in four of the last five games—all wins. This week: Big Ten tourney. Previous: NR

8. North Carolina (23–8): The Tar Heels’ impressive win streak was finally snapped at 12 Saturday at Duke. As a young team that has improved greatly over the course of the season, Roy Williams’s squad will be a tough out in the NCAA tournament. As for this week, they are surely hoping for a rematch with the Blue Devils. This week: ACC tourney. Previous: 8

7. Syracuse (27–4): After losing four of the last six contests, this wasn’t the finish to the regular season that Jim Boeheim had hoped for, but the Orange can at least fly under the radar now. Syracuse, with stars like C.J. Fair, Trevor Cooney, and Tyler Ennis certainly has the talent to make get back to the top. This week: ACC tourney. Previous: 7

6. Virginia (25–6): The surprise team of the ACC, the regular season champion Cavaliers, finally faltered Sunday at Maryland (losing 75–69 in OT) after 13 straight victories. Heading into the game, the Cavs were allowing an NCAA-best 55.4 points per game. The loss marked the first time an ACC opponent surpassed the 70-point barrier against them, though it took an extra session to do so. This week: ACC tourney. Previous: 5

5. Duke (24–7): Jabari Parker’s 30 point, 11-rebound performance against North Carolina not only marked a career-high in points, it was his sixth straight double-double and 14th of the season. Guard Rodney Hood, who is second on the team in scoring, nailed three 3-pointers against the Tar Heels and has hit at least one 3 in all but one game this season. This week: ACC tourney. Previous: 4

4. Villanova (28–3): The Wildcats, winners of the Big East, won every conference game except for the two against Creighton. With a somewhat weakened conference slate, they’ll likely need to top the Bluejays in the Big East tourney to get the coveted one-seed in the big dance. This week: Big East tourney. Previous: 6

3. Arizona (28–3): Arizona, much like Virginia and Florida, has relied on tough defense to take it to a probable one-seed in the big dance. The Wildcats are allowing just 58.7 points per game (seventh-best in the country) and only UCLA was able to surpass the 70-point barrier against them in conference play. Freshman forward Aaron Gordon continues to impress, putting up 21 points and 8 rebounds in Saturday’s loss at Oregon. This week: Pac-12 tourney. Previous: 3

2. Wichita State (34–0): The Shockers perfect record speaks for itself. They’re the first team since UNLV in 1991 to enter the big dance with a perfect record. Even more amazing, they don’t seem to be feeling the pressure that eventually got to Syracuse and Arizona. Since the start of conference play in January, only three teams have come within 10 points of beating them. This week: Idle. Previous: 2