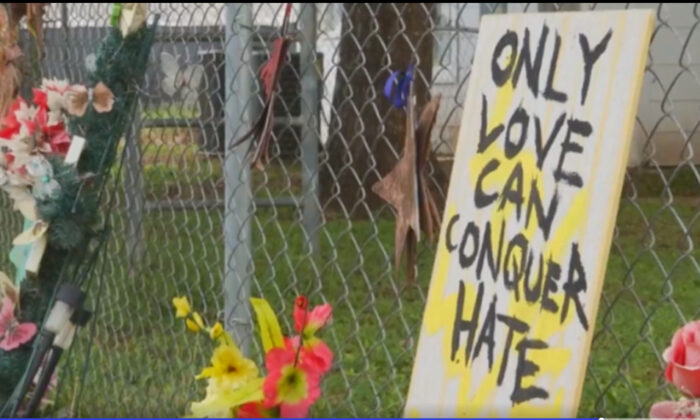 A tragic event in South Texas makes a small community stronger and reminds U.S. citizens of their lawful, God-given rights.

Sunday, November 5, 2017, is a day that will forever be etched indelibly into the American collective consciousness. A violent scene unfolded on that day in Sutherland Springs, Texas, a small town with a population of only 600 people about 38 miles southwest of San Antonio.

Twenty-six-year-old Devin Patrick Kelley, a deranged leftist atheist who hated Christians, parked his Ford Explorer in front of the First Baptist Church in Sutherland Springs, got out, and commenced shooting his illegally-obtained Ruger AR-556 AR-15 at church-goers attending a service there.

According to witnesses, he wore a dark outfit and ballistic vest and helmet, with a skull covering the lower part of his face. He moved around the church methodically, only pausing his shooting spree to reload his spent rifle magazines before firing through its windows again.

When the smoke finally cleared, Kelley left 26 people dead and 22 wounded. To put that into perspective, Kelley’s murderous rampage was the worst mass shooting in Texas state history, and the deadliest mass shooting in a place of worship (in North America)—outstripping the 1991 Waddell Buddhist temple mass shooting and the 2015 Charleston church massacre.

Director Charlie Minn’s 2021 documentary “Miracle on 4th Street” begins by filling in these details so that audiences can grasp the magnitude of Kelley’s murderous shooting spree. Various talking head interviews with Sutherland Springs locals who were on the scene at the time of the mass shooting, are on hand to recount their experiences.

Out of the chaos of gunfire and screams, a hero emerged that day—Stephen Willeford, a life-long resident of Sutherland Springs with ancestral roots there. He’s also a former instructor for the National Rifle Association and thus quite handy with firearms.

Willeford doesn’t live far from the church and was resting in his bedroom when his daughter Stephanie heard the deluge of gunshots coming from somewhere in town. She told her father about the sounds but at first, he dismissed them as something else. When he realized they were indeed gunshots, he reacted by running to his safe to retrieve one of his firearms.

Meanwhile, Stephanie jumped into her car and drove around the tiny town, trying to locate the source of the gunfire. She ended up at the church where she witnessed Kelley in his tactical gear, and he saw her in turn. As Kelley entered the church, she quickly turned her car around as the rapid staccato of Kelley’s rounds echoed down the street. He’d gone into the church to finish everyone off.

Willeford mentions that since Sutherland Springs is such a small town, it doesn’t have a police department, only a sheriff’s department. Although Stephanie had called 9-1-1, it would still take some time before peace officers would be able to arrive on the scene. In this light, Willeford says that he had to do what he could to protect his community.

Willeford describes how he rushed to the church, barefoot, with his AR-15 rifle in hand, and called out to Kelley by yelling, “Hey!”

As Minn interviews him, Willeford says of his simple yet powerful battle cry “I don’t know why that penetrated, I do believe the Holy Spirit called out the demon that was within him.”

Kelley then emerged from the church to confront Willeford and in the ensuing shootout, Willeford managed to severely wound Kelley. The gravely injured gunman rushed to his vehicle and tried to escape, but Willeford enlisted the help of an out-of-towner named Johnnie Langendorff, who had pulled up nearby in his pickup truck.

Willeford jumped into Langendorff’s truck and the two men chased down Kelley’s vehicle. But due to the blood loss from his wounds, Kelley crashed his vehicle in a bar ditch (a roadside drainage channel) and shot himself in the head.

The dramatic events of the actual massacre, shootout, and chase, are followed by interviews with journalists, peace officers, and people directly affected by the shootings including Kelley’s victims and their friends and family. Many of them reference their faith in God as being a powerful healing factor in their lives.

I found it incredibly inspiring how, in the wake of the mass shooting, the community of Sutherland Springs formed even tighter bonds. Through their strong faith, they faced and overcame some of the difficulties that they faced, together.

“Miracle on 4th Street” is a must-see for anyone who is confused about the Second Amendment and our rights as citizens of the United States of America. A big takeaway here is that the film illustrates the importance of lawful gun ownership in order to deter and counter criminals, who typically obtain their guns illegally.