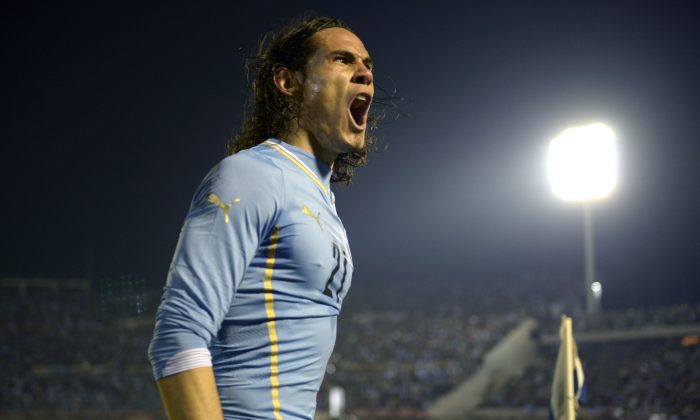 The 24-year-old Ukraine international nearly joined Liverpool in the January transfer window, but the deal fell through after the Reds were unwilling to pay his £12 million ($20 million) buyout clause.

Arsenal is not the only club currently interested in Konoplyanka, however. Liverpool are still interested in signing the highly-rated winger, and so are Man United and Ligue 1 champions Paris Saint-Germain.

Man United are also supposedly about to mount a huge £56 million ($94 million) bid for PSG’s Edinson Cavani, according to the Daily Star.

If United pull it off, they will break the current EPL transfer record of Fernando Torres to Chelsea from Liverpool for £50 million ($84 million) back in 2011.

Cavani is said to be unsettled with the 2013/2014 Ligue 1 champions, seeing how he has been forced out in a wide attacking role to accommodate Zlatan Ibrahimovic.

How the 27-year-old Uruguayan will fit into the Man United side is a mystery, as the Red Devils have a glut on strikers (Robin van Persie, Wayne Rooney, Danny Welbeck, Javier Hernandez) on their hands.

Meanwhile at Stamford Bridge, Chelsea manager Jose Mourinho has decided to take Thibaut Courtois back from Atletico Madrid permanently and offload Petr Cech, according to Goal.com.

Despite being a Chelsea signing, Courtois has spent his last three seasons on loan to Atletico Madrid, and has since expressed interest in staying with the La Liga champions.

In order to placate Courtois, Mourinho is supposedly going to give the 22-year-old shot stopper a new, vastly improved five-year contract, and show incumbent ‘keeper Cech the door.

Cech joined Chelsea in 2004, and has since played nearly 500 games for the Blues.