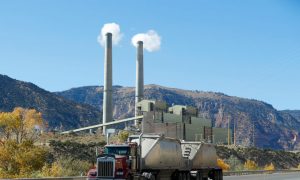 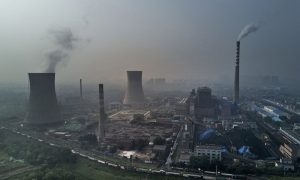 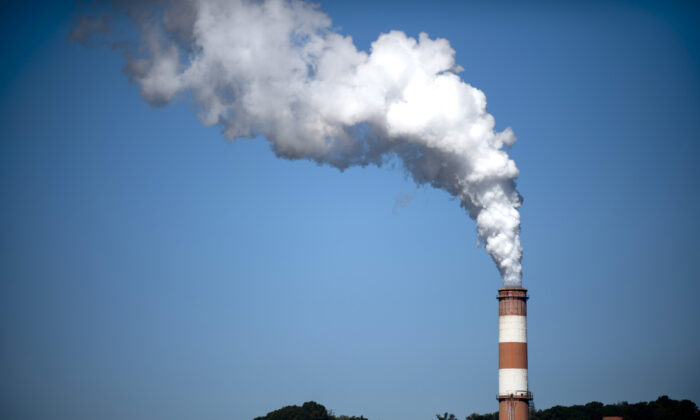 A plume of exhaust extends from the Mitchell Power Station, a coal-fired power plant built along the Monongahela River, 20 miles southwest of Pittsburgh, in New Eagle, Pennsylvania on Sept. 24, 2013. (Jeff Swensen/Getty Images)
US

The Environmental Protection Agency (EPA) announced final revisions Monday to Obama-era effluent emission standards for coal-fired “steam electric” power plants. The EPA says the final rule will take account of a number of newer and more affordable pollution-control technologies and allow power companies a more flexible approach to phasing in the implementation of such technology.

According to the EPA, the new rule will reduce pollution greater than that proposed by the 2015 regulation, save the U.S. electricity production sector $140 million each year, and protect jobs in the industry.

“These revisions to the Steam Electric Effluent Limitation Guidelines will actually reduce more pollution the Obama-era rule, while reducing compliance costs and allowing for more flexibility,” said Congressman David McKinley (R-W.Va.). “This is just the latest example of the Trump Administration’s commitment to promoting American energy while protecting public health.”

Today the @EPA issued a rule to leverage new, affordable technologies to save $140 million for the power sector and reduce pollution by nearly 1 million lbs per year.

The Trump administration continues to ensure reliable and affordable energy while protecting the environment.

“President Trump and his Administration understand that protecting our water quality doesn’t have to destroy jobs and raise electric rates,” McKinley said.

“This new rule replaces a prime example of regulatory overreach that was specifically designed to stack the deck against the coal industry when compared with other fuels,” said National Mining Association CEO, Rich Nolan. “The model wastewater treatment techniques under the new rule can effectively remove pollutants at less cost and with fewer facility modifications than the technologies required by the prior rule, while also allowing for more flexibility in plant maintenance operations. The coal industry wants to be able to compete while also safeguarding important environmental protections—this rule shows that balance is possible.”

Criticism of the Rule

The rule change picked up criticism, however, from environmental groups such as the Sierra Club and the Southern Environmental Law Center.

“With today’s rollback of clean water protections, the Trump EPA allows dirty coal-burning plants to dump more toxic substances into our rivers, lakes, and drinking reservoirs and exposes our communities to more cancer-causing pollution,” said Frank Holleman, senior attorney at the Southern Environmental Law Center, in a statement. “The EPA itself has estimated that at least 30 percent of all toxic water pollution from all industries comes from these plants, and the technology to prevent and treat this pollution is widely available. The EPA is making it easier for the most polluting and worst run coal-fired plants to dump poisons into the waterways our communities depend upon.”

Mary Anne Hitt, director of campaigns at the Sierra Club, said that the rule would jeopardize water bodies and communities, and would not help coal workers either.

“Communities historically tied to the coal industry need help transitioning, not polluted air and water,” said Hitt in a statement. “Our nearly 4 million members and supporters will fight this rule … and demand that EPA live up to the integrity and intent of its mission of protecting people from polluters, not embracing them.”

Critics also pointed out that coal plants intending to close or change fuel sources before 2028 will be exempt from many of the regulations.

According to the EPA, the final Steam Electric Reconsideration Rule (pdf) revises technical requirements for two separate waste streams from coal-fired power plants: flue gas desulfurization (FGD) wastewater and water used to transport bottom ash (BA) left over after combustion. Depending on the composition of the coal, coal ash can contain heavy metals, such as mercury.

The regulations are known as Effluent Limitations Guidelines and Pretreatment Standards (ELGs), and limit the discharge of wastewater into surface water bodies and wastewater treatment plants.

The 2015 rule established fixed ELGs for steam-electric power plants across the United States. The rule was challenged legally, and the EPA reconsidered the ELGs for the 2 waste streams. The compliance dates were also pushed back by 2 years to allow for consideration of the changes, according to the EPA (pdf).

Due to the substitution of natural gas for coal and other developments, a number of coal-fired power plants have closed down since 2015 or have been adapted for burning other fuels.

Since the 2015 rule, a range of new technologies have emerged that are now available to companies seeking to process their wastewater more efficiently. These include using biological digesters to remove heavy metals, as well as mixing effluent waters with zero-valent iron, or iron in its elemental form, which combines readily with elements such as selenium, arsenic, and mercury. Membrane filtration can be used to filter out particles by osmosis, and thermal treatments can evaporate water to leave a solid material.

According to the EPA, treatment methods can also be combined to produce a material that qualifies for final disposal in landfills.