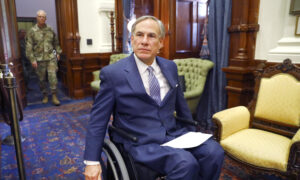 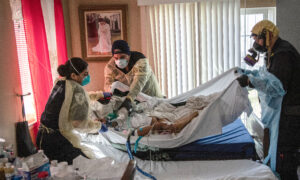 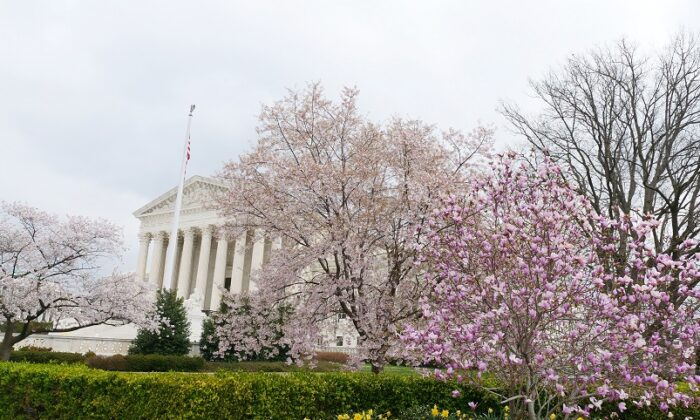 The Supreme Court building in Washington on March 26, 2020. (Juliet Wei/Sound of Hope)
Judiciary

Montana landowners in a polluted copper-smelting site will have to obtain permission from the U.S. Environmental Protection Agency (EPA) if they wish to restore the site to pristine, pre-smelting condition, which is beyond the current goal of the federal Superfund program that governs the remediation project, the Supreme Court ruled April 20.

The Montana Supreme Court erred in part when it found that residents within a 300-square-mile area around the site could sue for remediation in excess of the EPA’s plan, the Supreme Court ruled in a case cited as Atlantic Richfield Co. v. Christian. The company, known as ARCO, is a subsidiary of BP and is the eighth-largest oil company in the United States.

The ruling means ARCO may not have to pay for additional cleanup efforts in this case but leaves the door open for liability in similar cases.

The landowners are “potentially responsible parties” in the cleanup effort, and such work should not take place without the EPA’s permission, Chief Justice John Roberts wrote for the court in a splintered decision, in which other justices concurred with parts of the opinion but dissented from others.

“Under the landowners’ interpretation, property owners would be free to dig up arsenic-infected soil and build trenches to redirect lead-contaminated groundwater without even notifying EPA, so long as they have not been sued within six years of commencement of the cleanup,” Roberts wrote.

“We doubt Congress provided such a fragile remedy for such a serious problem. And we suspect most other landowners would not be too pleased if Congress required EPA to sue each and every one of them just to ensure an orderly cleanup of toxic waste in their neighborhood.”

ARCO purchased Anaconda Minerals Co. and its circa-1884 copper smelters in Deer Lodge County, Montana, in 1977. The smelters continued operating until 1980. The 300-square-mile cleanup site is polluted with arsenic and lead.

The Comprehensive Environmental Response, Compensation, and Liability Act (CERCLA), also known as the Superfund law, gives the EPA the authority to control environmental remediation efforts and recover costs from the parties responsible for the pollution. The agency projects the cleanup will continue through 2025.

ARCO has spent $470 million on an EPA-directed cleanup at the site, which was designated under CERCLA in 1983. But landowners affected by the pollution sued in 2008 in state court for $58 million in damages to restore the land to its condition before smelting began in 1884, something they argue state law allows them to do.

EPA argued CERCLA, a federal statute, barred the state-level restoration claims and that the landowners’ plan would harm the environment.

The trial court agreed with the landowners that they should be able to pursue damages. So did the Montana Supreme Court, going against several federal appeals court decisions. ARCO appealed to the Supreme Court, which on June 10, 2019, agreed to hear the case.

“Along the way, it strips away ancient common law rights from innocent landowners and forces them to suffer toxic waste in their backyards, playgrounds, and farms. Respectfully, that is not what the law was written to do; that is what it was written to prevent.”