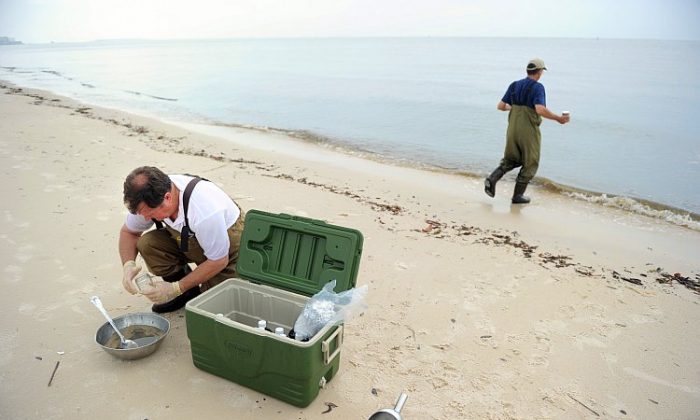 In its ongoing effort to provide funding for cleaner coastal areas, the EPA announced last week that it was pledging millions in funding to help with further cleanup of America’s beaches.

The agency is granting approximately $10 million to coastal and Great Lakes states, territories, and tribes to “implement programs to monitor water quality at their beaches and to notify the public when water quality problems exist,” according to a statement from the agency.

During swimming season the money could help go for public announcements when a beach is facing water quality problems.

The grant money stems from the Beaches Environmental Assessment and Coastal Health (BEACH) Act of 2000, which enables beach officials to better inform the public of a problem.

Most water quality problems on America’s beaches are a result of a high level of dangerous bacteria, according to EPA information. A variety of sources can raise bacteria levels including sewer overflow contamination, storm water runoff, improper boat waste, wildlife waste, and malfunctioning septic tanks. The bacteria can pose serious health problems for people exposed.

Additionally, the EPA will be launching a sophisticated website that will help notify citizens of beach closures. The website is called BEACON and will be updated every two hours with data provided by participating states, territories, and tribes.

Allowing users access to enhanced map navigation and report display tools, the website will provide information on beaches and water monitoring stations. Users will also be able to access reports on notifications and water quality-monitoring data, which watches for bacteria, algae, and other pollutants.

Since the BEACH Act of 2000 the EPA has granted money every year. This will be the 12th year grants have been issued, totaling almost $111 million.

Due to the grant money three times as many beaches today are monitored than in 2000 when the bill was enacted. The number of monitored beaches exceeded 3,600 in 2010.

Grants usually range in dollar amounts from $150,000 to $516,000, depending on the beach and if all eligible applicants apply. If fewer than all expected applicants apply, additional monies may be allocated to recipients as deemed by the EPA.

The EPA is still awaiting applications from states, territories, and tribes. Native American tribes are of particular interest to the EPA that has set part of this grant money aside for them. The Grand Portage Band of the Minnesota Chippewa and the Makah Tribe are such tribes.

The EPA also encourages other eligible tribes to apply, in their press release.

For states and territories three factors are taken into account during the application process: beach season length, total miles of shoreline, and coastal county population. For a beach to be eligible it must simply be a beach that is accessible to the public.

The monitoring website, BEACON V2.0, can be viewed at watersgeo.epa.gov/BEACON2.