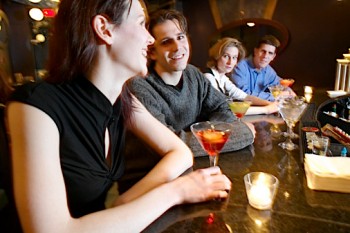 "We often hear that people who feel envious of their colleagues try to bring them down by spreading negative rumors, withholding useful information, or secretly sabotaging their work," study co-author Karl Aquino of the University of British Columbia said in a press release.

"The match is not struck unless employees experience what psychologists call ‘moral disengagement’—a way of thinking that allows people to rationalize or justify harming others."

The researchers conducted two studies using questionnaires. In the first study, they recruited 160 mid-west American hospital employees, and examined their affinity with colleagues and their chances to act on envy.

Eight months later, the participants were resurveyed to determine the incidence of any undermining activities.

The study revealed that envious individuals were less likely to commit sabotage when they felt more strongly connected to co-workers, and vice versa.

"The working world typically necessitates that people develop strong connections with co-workers in order to thrive," said lead author Michelle Duffy at the University of Minnesota in the release. "To stray from this path ultimately puts success at risk, so most suffer from envy in silence."

"However, from our research it seems that when someone sees themselves as a lone wolf, they are less inhibited and more likely to lash out."

The second study examined 247 mid-west American business students. It showed that people’s tendency to commit sabotage increased when disengaged and envious individuals were placed in work groups and environments that supported sabotage acts.

“Our study shows that envy on its own is not necessarily a negative thing in the workplace," Duffy said. "However, managers would be well advised to consider team-building strategies to ensure all of their employees are engaged in the group dynamic."

"It is also important that those in charge don’t give incidents of co-worker undermining a free pass, because once it starts the tendency is for it to spread."

The study will be published in the Academy of Management Journal.