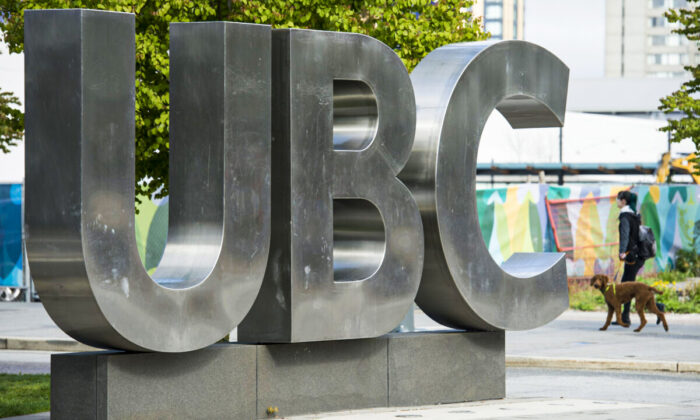 A woman and her dog walks past the UBC sign at the University of British Columbia in Vancouver, Tuesday, Apr 23, 2019. THE CANADIAN PRESS/Jonathan Hayward
Canada

Environment Canada says a tornado with wind speeds up to 110 kilometres per hour passed over the University of British Columbia in Vancouver on Saturday.

The weather office confirmation comes after a survey of the damage, which found broken and uprooted trees, debris, downed power lines, and a damaged vehicle.

An update posted Monday afternoon says the preliminary rating of EF0, which is the lowest on the Fujita tornado scale, could change if more information becomes available.

Environment Canada had previously reported a tornado over the Strait of Georgia just west of the Vancouver International Airport at about 5 p.m. on Nov. 6.

The weather office says the storm then swept over a section of the University of B.C. campus, where buses, pedestrians and cyclists were diverted from a main access road that was still being cleared of fallen trees and branches on Monday.

No one was hurt and the Environment Canada tornado watch was quickly lifted.

British Columbia has been hit by a series of unusual weather events, ranging from a heat dome in late June that created the hottest-ever temperatures recorded in Canada, to two so-called bomb cyclones that hammered the south coast last month.