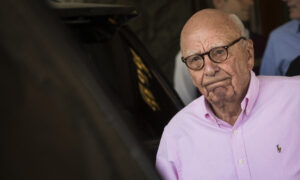 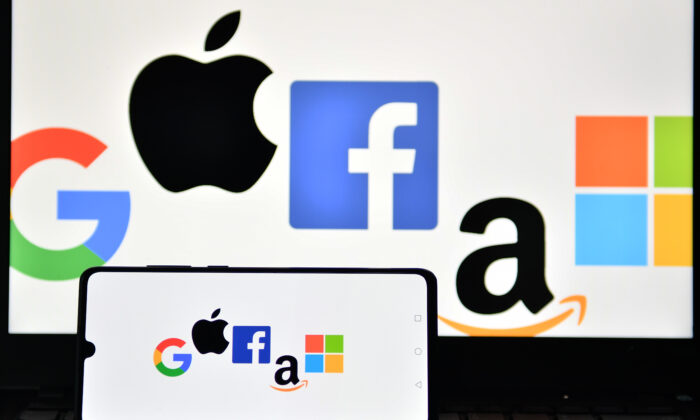 The logos of Google, Apple, Facebook, Amazon, and Microsoft are displayed on a mobile phone and a laptop screen in London on Dec. 18, 2020. (Justin Tallis/AFP via Getty Images)
Tech

A software startup company has created a new internet browser that offers a number of privacy solutions, has no censorship, and no fake profiles in an effort to counter censorship, fake news, invasion of privacy, and the stifling of conservative voices by Big Tech.

The browser, called “The New Internet,” allows people to comment on any website without being censored or de-platformed, Elizabeth Heng, CEO of The New Internet, told The Epoch Times’ “Crossroads” program in a recent interview.

If someone’s account is censored or banned on a social media platform people can view the banned page on The New Internet, write comments on the top of the page, and share their opinions on it, Heng said. Every user of the New Internet platform is able to post comments on any page, even if they disagree with the content, she added.

However, Twitter considers The New Internet an unsupported browser and doesn’t show any posts on The New Internet—it displays an error message instead. Meanwhile, other social media platforms and many websites support the new browser.

The browser can have verified users to ensure that people who write comments are “real people,” not just bots and trolls that we currently see on the old internet, Heng said. The positive aspect of user verification is that “people aren’t able to hide behind sort of fake profiles anymore … [and will] be more willing or more open to having diverse political thoughts and discourse in a civilized way,” she added.

The New Internet doesn’t censor views—any person can comment on any article or website regardless of whether they agree or disagree with the content, so any arguments for any topic can be posted, Heng said.

Heng’s parents came to the United States as legal refugees from Cambodia, at a time when the country was ruled by the brutal Khmer Rouge communist regime, which was responsible for the deaths of more than 2 million people.

Heng said her parents embraced opportunities available in the United States, and through hard work, they were able to send Elizabeth to Stanford University, where she earned a bachelor’s degree, and to Yale University, for her MBA.

Her parents weren’t able to receive a formalized education as their high school in Cambodia became the largest concentration camp during the mass killing campaign referred to as “killing fields,” she said. The “killing fields” were where people were executed in droves and buried in mass graves during the Khmer Rouge era.

Heng said her parents “realized the opportunities that were afforded to them by being selected to come to the United States as refugees” and worked really hard to provide her and her brothers with things they never had.

“They instilled in me that through hard work and determination you can really accomplish anything you set your mind to. Those were the values that I have always held onto.”

This also inspired her to work toward protecting and maintaining these opportunities that America offers for other individuals and future generations to come.

In 2018, while Heng was running for Congress, she shared on social media her family’s story of coming to the United States and striving to live the American dream as a part of her campaign advertising.

“For whatever reason, Facebook and Twitter didn’t like that message and prevented me from advertising and talking about this on their platforms,” Heng said. Her campaign fought back and within a few weeks, both platforms allowed her to advertise and share her family’s story.

“I was fortunate that at the time I had a platform—I was running for Congress—so I was able to get national attention and news for this,” Heng said.

“But the concern is, what about everybody else who’s not running for office and don’t have that platform?” she added. “They’re not able to make a big news flash. How many of those voices have been silenced daily?”

That experience and the fact that Big Tech can so easily silence people led Heng to create The New Internet.

“[The] First Amendment is paramount to a free society.”

“Always speak your voice and be unapologetic about that and be who you are,” Heng said. “That is one of the fundamental things that have been given to us as Americans.”