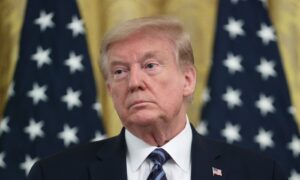 Trump Responds to Question About Virus Originating at Wuhan Lab
0 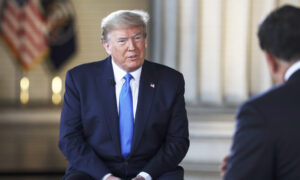 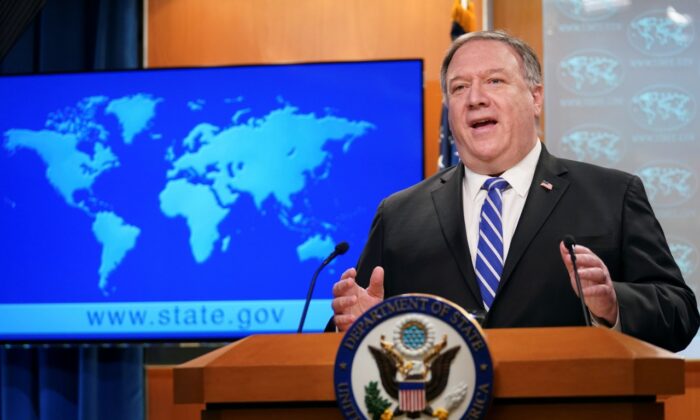 U.S. Secretary of State Mike Pompeo speaks about the CCP virus during a media briefing at the State Department in Washington on May 6, 2020. (Reuters/Kevin Lamarque/Pool)
AMERICA

U.S. Secretary of State Mike Pompeo said statements by senior officials about the origins of the CCP virus are “entirely consistent,” rejecting allegations that there were conflicting opinions within the administration about where it came from.

He added that Joint Chiefs of Staff Chairman Mark Milley’s recent remarks concerning the genesis of the outbreak were “entirely consistent with what I think everyone in the administration has said, including President Trump.”

Milley said on May 5 that the “weight of evidence” is that the virus is “natural and not man-made,” which was the same conclusion reached last week by the Office of the Director of National Intelligence.

On the second issue of whether it was accidentally or intentionally released from a lab, Milley said: “We do not have conclusive evidence in any of that but the weight of evidence is that it was probably not intentional.”

Dr. Anthony Fauci, director of the U.S. National Institute of Allergy and Infectious Diseases, in a May 4 interview with National Geographic, said there was strong evidence indicating the virus was not made in a lab, and that it “evolved in nature and then jumped species.”

When asked about the possibility that the virus was leaked from a lab, Fauci replied: “But that means it was in the wild to begin with. That’s why I don’t get what they’re talking about [and] why I don’t spend a lot of time going in on this circular argument.”

Trump on April 30 suggested he had seen evidence pointing to the virus originating from the Wuhan Institute of Virology, a top-level lab where researchers studied how coronaviruses jump from animals to humans. Meanwhile, Pompeo on May 3 said there was a “significant amount of evidence” that it came from a lab in Wuhan.

Pompeo at the May 6 press conference repeatedly defended against assertions that such statements represented a discrepancy in official positions, saying that “people stare at data sets and come to different levels of confidence,” adding that “the intelligence community is still figuring out precisely where the virus began.”

“We don’t have certainty, and there is significant evidence that this came from the laboratory,” he added. “Those statements can both be true.”

Pompeo repeated calls for the Chinese regime to cooperate and be transparent about the origins of the outbreak.

The state secretary said the United States has made “many formal requests” for data access to the Wuhan lab. When asked if Beijing has formally responded, Pompeo quipped: “You should ask Ambassador Cui, who had a great op-ed this morning, and I can’t wait for my daily column in the China Daily,” referring to the opinion piece written by the Chinese Ambassador to the United States that was published in the Washington Post. China Daily is the Chinese regime’s English-language mouthpiece newspaper.

Pompeo said it was up to Beijing to help provide answers. “Every one of us stares at this situation and says, ‘Who can provide the answer to precisely where patient zero was from? Where this actually came from?’ We all know who can unlock the keys to that,” he said.

“Every one of those leaders—whether it’s Dr. Fauci or Gen. Milley or myself or the president—we all know how to get to this answer. That’s where the focus needs to be. It’s where our focus is.”

He emphasized that it was important for the regime to disclose what it knows about the outbreak—not just to save lives, but to reduce the risk of another pandemic.

“We are demanding of them only what we demand of every nation: be transparent, be open, be a reliable partner—the very things that they say,” he said.

“The Chinese say they want to cooperate. Great. Cooperation is about action. It’s about opening up.  It’s about sharing this information.”