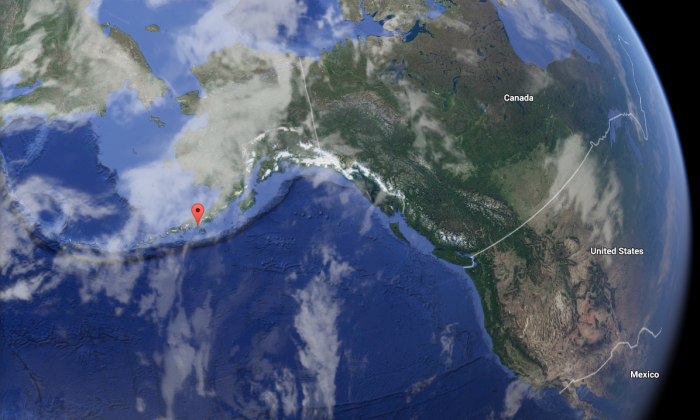 The entire police force of a small Alaska town quit in July, leaving the 1,000 locals there without any law enforcement.

Sand Point had a police force of three officers and a police chief until mid-July. The population of the island town grows by several hundred people during the commercial fishing season in the summer.

The first police officer quit on July 10 when his military wife was transferred out of state, according to city manager Ander Varner who spoke with Alaska Dispatch News. To make matters worse, two more officers—a married couple—quit their jobs shortly afterward “to take care of some personal family issues.”

Roger Bacon, the police chief, was the last man standing until the time came for his long-awaited vacation to Scotland. When the chief announced his intention to go away for a whole month, the city council made a decision that he wouldn’t have a job when he came back.

With Bacon gone, the town was left without a police force at the peak of the commercial fishing and processing season.

The city released a public service announcement on July 20 calling for calm and assuring locals that “the community will NOT be in a lawless state” while the police department is “in transition.”

According to Austin Roof, a local radio host, things went smoothly while the town had no police department.

“Everyone was busy fishing, which was great,” Roof said.

According to Varner, the city did not turn to lawlessness. No significant incidents happened. Meanwhile, 911 and emergency services were still up and running. If something did happen, the town could call on the Alaska State Troopers, Varner said.

“It’s not like the movie ‘The Purge,’ in which all criminal activity becomes legal for a 12-hour period,” said troopers spokeswoman Megan Peters.

Varner said Sand Point was without a police force for four or five days, the Dispatch reported. The top police job was taken by former town marshal Hal Henning, who had recently worked in Winthrop, Washington state.

Remote and isolated communities have a chronic problem with hiring and retaining workers, Varner said. None of the three officers who quit their jobs in July had worked there for more than three months.

“It’s kind of a merry-go-round. If you can get officers, three years is a pretty good stint. A police chief would ideally be for longer,” Varner said.

Traveling to Sand Point is one reason that police are so hard to hire. A roundtrip flight from Anchorage to the island costs $1,000.

According to Verner, it is a blessing that the police exodus happened in the summer.

“It’s kind of a funny dichotomy. In summer the population increases; there’s more money around, which could be more trouble,” he said.

Meanwhile, during the dark winter months, crime sometimes rises. Varner hopes to have new police officers and a permanent chief before then.