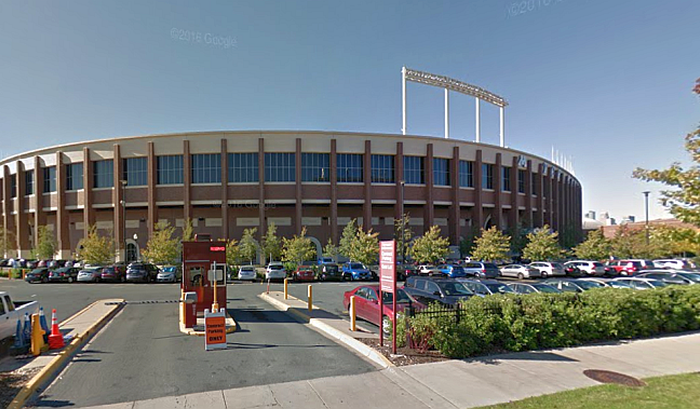 One by one, the entire Minnesota football roster walked out of the locker room and onto the practice facility turf to face a group of reporters.

Wearing their maroon game jerseys with gold numbers, they lined up behind 10 of their teammates who were suspended earlier this week after an internal university investigation into an alleged sexual assault.

Three senior leaders stood in front of the group and delivered a defiant rebuke of the university’s decision, saying they would not participate in any football activities until the school president and athletic director apologized and revoked the suspensions. If that meant they don’t play in the upcoming Holiday Bowl against Washington State, they appeared poised to stand firm.

“All these kids’ reputations are destroyed,” senior quarterback Mitch Leidner said Thursday. “Their names are destroyed. It’s extremely difficult to get back and it’s very unfair for them and that’s why we’re sticking together through this thing.”

According to police records, a woman told officers she was drunk when she was sexually assaulted in running back Carlton Djam’s apartment by several men on Sept. 3, including some of the suspended players. She said her sexual contact with two men may have been consensual, but her contact with four of them was not. Several players told police it was consensual, and an investigator who watched a video Djam took of the incident wrote that “she does not appear to be upset by the sexual activity and does not indicate that she wants it to stop … and the sexual contact appears entirely consensual.”

Four players were suspended earlier in the season for three games after becoming part of the sexual assault investigation. No arrests were made, no charges were filed and a restraining order put in place by the woman was lifted by a judge after a settlement on Nov. 2.

All 10 were suspended from the team indefinitely and will not play in the Dec. 27 bowl game in San Diego.

While prosecutors need to be able to prove a criminal case “beyond a reasonable doubt” to get a conviction, the university uses a lower standard of proof for alleged violations of its student code, requiring only that it is more likely than not that a violation occurred.

“Our leaders make these decisions with the interests of our entire community in mind, regardless of timing or competitive considerations,” school President Eric Kaler said in a letter to boosters.

The Gophers voiced their displeasure with a lack of communication from Kaler and athletic director Mark Coyle after the decision was made to suspend the players indefinitely.

“The actions of president Kaler have breached fiduciary duty not only to the 10 falsely accused, but to all of us,” receiver Drew Wolitarsky said.

The players asked the Holiday Bowl committee to remain patient while they worked through the situation, saying they viewed their boycott of football activities as “day-by-day.” Holiday Bowl executive director Mark Neville said they were “monitoring it closely.” A request for comment from the Big Ten was not returned.

The decision does not come without risk for the players, who were asked about the possibility of the school revoking scholarships for their demonstration.

“We’re in this together,” Wolitarsky said. “What, are they going to pull 120 guys off the team? I mean, they’re not going to have a team if that’s the case.”

Kaler and Coyle issued a joint statement Thursday night saying the school’s decision was “based on facts and is reflective of the university’s values.”

“We understand that a lot of confusion and frustration exists as a result of this week’s suspension of ten Gopher football players from all team activities,” the statement read. “The reality is that not everyone can have all of the facts, and unfortunately the university cannot share more information due to federal laws regarding student privacy.”

The players and former Minnesota Vikings cornerback Antoine Winfield Sr., whose son was suspended, fumed at the university’s adherence to the law preventing them from commenting.

“If the president and athletic director keep their jobs, my son, Antoine Winfield Jr., will not attend the University of Minnesota,” Winfield Sr. said.

The players say they were further frustrated by Coyle’s unwillingness to explain the university’s reasons for the suspensions in a meeting with the team on Wednesday.

“So that led us basically to believe that this is kind of unjust and he has the power to reverse this and he won’t,” Wolitarsky said.

Getting a team to fill the bowl spot on short notice would be difficult, if not impossible. But the next team in line to receive a bid is Northern Illinois, which finished 5-7 but has the highest Academic Progress Rate among teams with that record. Washington State sold out its 7,000-ticket allotment in less than two days and has already requested more.

For now, all eyes are on the players.

“It became more than a game for me and I know it did, as you can see, for this whole team,” Wolitarsky said, nodding to more than 100 players standing behind him, “about the livelihood of these kids after football. Because that’s why we come here. We come here to get a degree. We come here to make a life for ourselves. And these kids’ reputations have been ruined.”