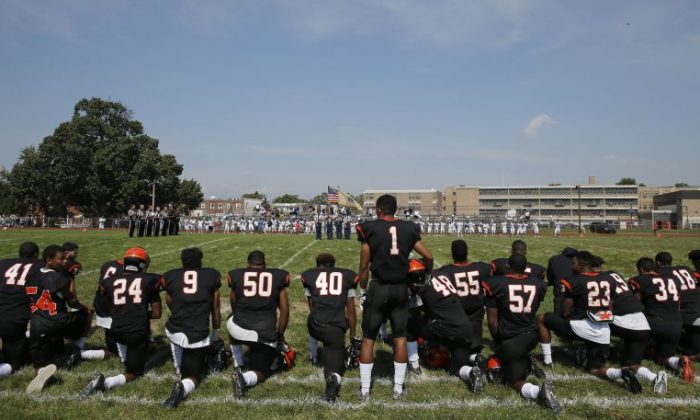 SEATTLE—Football coaches at a Seattle high school joined their players in taking a knee during the national anthem, following the lead of NFL quarterback Colin Kaepernick to protest social injustice.

The entire Garfield High School football team and its coaching staff knelt during “The Star-Spangled Banner” before the Friday kickoff against West Seattle High School in Seattle. Several players from the other team also knelt.

Kaepernick, the San Francisco 49ers’ backup quarterback, gained national attention when he refused to stand for the anthem before an NFL preseason game earlier this year.