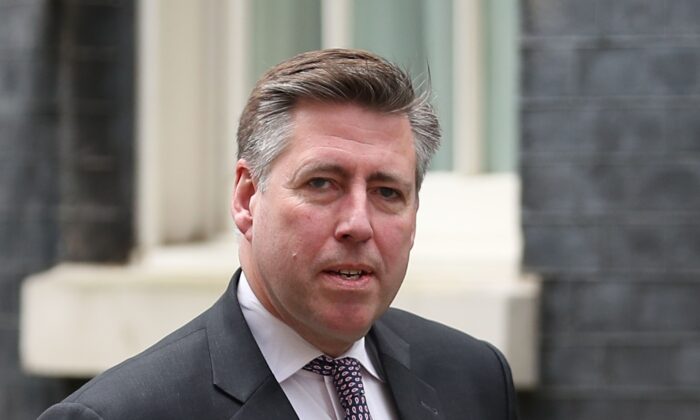 The UK government, which is responsible for public health in England, has yet to announce any further rules, but Johnson has previously indicated he will not hesitate to act after Christmas if required.

Graham Brady, chairman of the powerful 1922 Committee of Tory MPs, said “enough is enough” and welcomed reports that some ministers are resisting any further restrictions.

Writing in the Mail on Sunday, Brady said: “Today, we are the best part of two years into emergency measures which are wreaking untold damage on the fabric of our society. It is a dangerous state of affairs, the more so as many of us have been cowed into accepting them.”

Noting that New Year celebrations may get curtailed by new curbs despite new data showing the Omicron variant is less virulent than first predicted, Brady warned: “It must not happen. Enough is enough.”

Brady said the tighter restrictions adopted in Wales and Scotland have “failed to make the slightest difference.”

By contrast, he wrote, Sweden, which has never imposed lockdowns and has kept schools open throughout the pandemic, has “had much the same outcomes as we have had here in terms of infection” and has avoided serious damage to its economy.

Philippa Stroud, a Conservative member of the House of Lords, warned the government that stricter restrictions will risk plunging more people into poverty.

New research by the Legatum Institute, which is run by Baroness Stroud, shows that the lockdowns pushed 900,000 people into poverty and further measures would jeopardise the recovery from the earlier restrictions.

Writing in The Sunday Telegraph, Stroud said: “Many of these measures cause social and health damage, and have a huge, negative impact on people’s livelihoods. And they put people into poverty.”

Talking to The Observer, Conservative MP Richard Drax said: “Evidence is showing there is no need for further restrictions,” and it is “time to trust people to get on with their own lives and for the state to back right off.”

Desmond Swayne, a former Conservative minister, was quoted as saying: “We have earned the right to be treated like adults: to make our own assessment of the risks we are prepared to take and the sensible precautions that we apply. People are fed up with being ordered what not to do.”