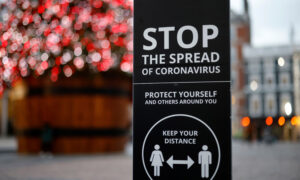 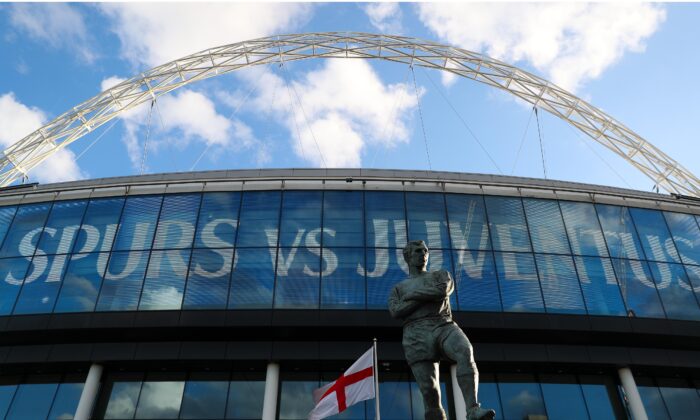 Bobby Moore statue is seen outside the stadium prior to the UEFA Champions League Round of 16 Second Leg match between Tottenham Hotspur and Juventus at Wembley Stadium, in London, on March 7, 2018. (Catherine Ivill/Getty Images)
UK

Two elite football clubs in the English Premier League have condemned the actions of some of their players who joined a Christmas party in violation of CCP virus rules, three of them have since apologised.

I want to apologise for a decision I made over Christmas which I deeply regret. On reflection I understand the seriousness of my actions and the impact it has on others.
I am truly thankful to everyone working hard to keep us safe and I feel ashamed knowing I’ve let people down.

London has been put under tier four restrictions to stem the spread of the new variant of CCP (Chinese Communist Party) virus, and the mixing of households indoors is banned.

Tottenham Hotspurs said on Saturday that it was “extremely disappointed.”

“We are extremely disappointed and strongly condemn this image showing some of our players with family and friends together at Christmas particularly as we know the sacrifices everybody around the country made to stay safe over the festive period,” the club said in a statement emailed to The Epoch Times.

“The rules are clear, there are no exceptions, and we regularly remind all our players and staff about the latest protocols and their responsibilities to adhere and set an example. The matter will be dealt with internally.”

Lamela later apologised for his action, which he said he “deeply” regretted.

“On reflection I understand the seriousness of my actions and the impact it has on others. I am truly thankful to everyone working hard to keep us safe and I feel ashamed knowing I’ve let people down,” he wrote on Twitter.

Lo Celso also apologised, saying “I understand the great sacrifices people are making to keep themselves and loved ones safe and the frustration you have expressed towards me is justified.”

West Ham United said the club had set “the highest possible standards with its protocols and measures relating to COVID-19,” and that it was therefore “disappointed” to learn of Lanzini’s actions.

I want to apologise for a bad mistake I made over Christmas and I take full responsibility for my actions. I know people have made difficult sacrifices to stay safe and I should be setting a better example. 🙏🏼🙏🏼🙏🏼🙏🏼

“The matter has been dealt with internally and Manuel has been strongly reminded of his responsibilities,” the club said in a statement.

Lanzini said he took “full responsibility” for his actions and he had realised he “should be setting a better example.”