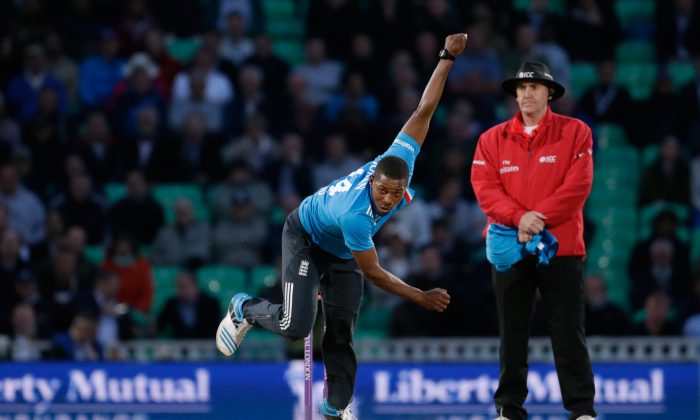 England's Chris Jordan pitches a delivery during the One Day cricket match between England and Sri Lanka at the Oval cricket ground in London, Thursday, May 22, 2014. (AP Photo/Matt Dunham)
Sports

England will try to build on its win over Sri Lanka last week with another win on Sunday.

The teams face off at Riverside Ground in Durham.

Sky Sports 2 will broadcast the match.

Live streaming will be available via Sky Sports.

While Sri Lanka started its tour of England and Ireland with a 9-run win over England in the T20 international on May 20, it did lose by 81 runs on May 22.

After the tour, Sri Lanka will return home to battle South Africa in three matches starting on July 6.

England, meanwhile, will have three matches against India beginning on July 9.

See squads for this match below.