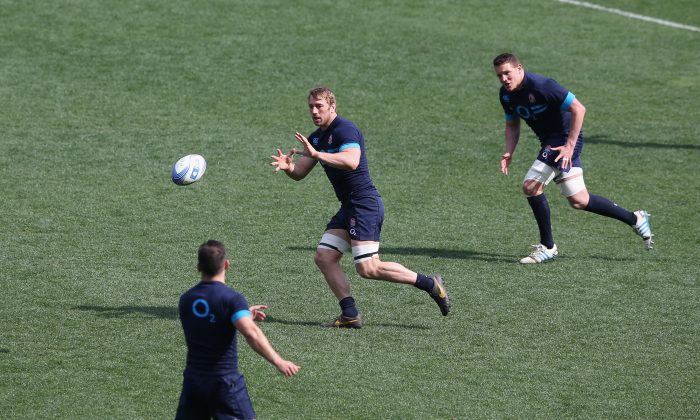 Chris Robshaw catches the ball during the England captain's run at the Stadio Olimpico on March 14, 2014 in Rome, Italy. (David Rogers/Getty Images)
Sports

England faces Italy in the final round of the Six Nations rugby tournament.

The two teams will face off at Stadio Olimpico in Rome.

It will be broadcast on BBC One in the United Kingdom. A channel for Italy isn’t listed.

A live stream is available on BBC iPlayer.

Italy is doing very badly in the tournament, coming off a 46-7 drubbing from Ireland in round 4.

England has a shot at the title. If they win and France beats Ireland, and France doesn’t make up the 29-point deficit, then they do. If Ireland wins by as little as one point then England must beat Italy by 51 points because there’s currently a 49-point gap.