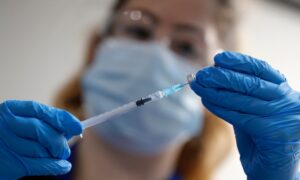 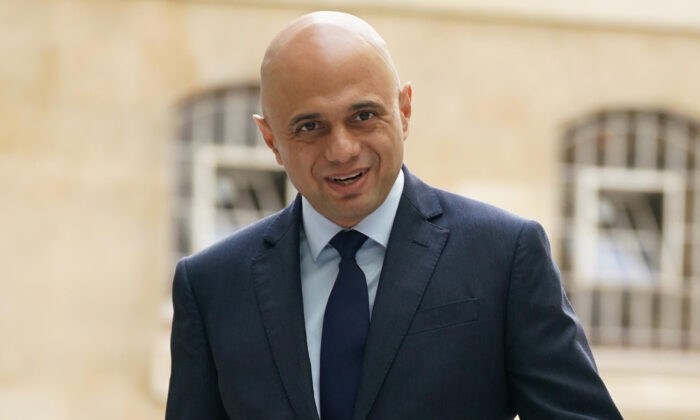 CCP virus vaccination for 12- to 15-year-olds in England is expected to begin as soon as next week, a minister has confirmed on Tuesday.

The UK’s Health Secretary Sajid Javid on Monday accepted the recommendation from the nations’ four chief medical officers (CMOs), who said that the universal offer of one dose of Pfizer-BioNTech COVID-19 vaccination—previously made to 16- and 17-year-olds—should be extended to 12- to 15-year-olds.

The UK government’s decision only applies in England. Northern Ireland, Wales, and Scotland—which make their own health policies—have also announced on Tuesday their plans to vaccinate children aged between 12 and 15 shortly after Javid’s announcement.

Most of the young teens will receive their vaccinations in school, with alternative provisions for those who are homeschooled, in secure services, or specialist mental health settings, the Department of Health and Social Care said.

Vaccines minister Nadhim Zahawi said the vaccination may start next week as the NHS needs to send consent forms to parents.

“The NHS has been making plans that will hopefully be able to see the first vaccinations take place after consent because obviously, you need the information and the letters to go out and to receive that consent, by the 22nd of this month,” Zahawi told BBC Breakfast on Tuesday.

While parents’ consent will be sought, a child can override the parent’s decision in some cases, according to Zahawi.

In a separate interview with Sky News, the vaccines minister said a clinician will talk to the parent(s) and the child together when there’s a difference of opinion between them to see if they can reach consent.

“If that is not possible, then if the child is deemed to be competent—and this has been around since the ’80s for all vaccination programmes in schools—if the child is deemed to be competent, Gillick competence as it is referred to, then the child can have the vaccine,” he said, referring to a 1985 legal precedent in which Victoria Gillick—a mother of several young children—lost her challenge against a government circular which advised doctors they could prescribe contraception to under-16s without parental consent.

According to government guidance on Immunisation against infectious disease, “young people aged 16 and 17 are presumed, in law, to be able to consent to their own medical treatment,” and younger children who understand fully what is involved in the proposed procedure (referred to as ‘Gillick competent’) can also give consent, although ideally their parents will be involved.”

A parent cannot override the consent of a 16- or 17-year-old or a “Gillick-competent child,” the guidance added.

Joint Committee on Vaccination and Immunisation (JCVI) deputy chair Anthony Harnden told the BBC’s “Today” Programme that there will be a “grade of competency” from the age of 16 downwards.

“It’s [a] completely inappropriate use of Gillick competence. I think they haven’t understood that in order to make a decision, you have to ensure that the child understands the full implications of … whether they choose to have something and of what happens if they don’t have it,” Jones said.

“And here we are in a situation where the medical advisors can’t decide,” she added.

“So given there is [a] complete disagreement between JCVI and the chief clinical medical officers, then how could you expect a 12-year-old to actually understand the implications? We don’t know the long term implications yet. So it’s a complete abuse of the idea of Gillick competence, she said.

Jones added said children can hardly give informed consent when there have been celebrity campaigns promoting the vaccines, threats of vaccine passports, and peer pressure influencing their decision.

The JCVI previously declined to recommend the jabs for healthy children in this age group, who have a very low risk of getting severely ill from the CCP virus, given the “marginal” benefits young teens can get from the vaccines and the lack of long-term data on the side-effects including myocarditis.

The CMOs then looked at wider considerations, including the disruption to children’s education, and decided that there’s “sufficient extra advantage in addition to the marginal advantage at an individual level identified by the JCVI to recommend in favour of vaccinating this group.”

During the Downing Street briefing, Dr. June Raine from the Medicines and Healthcare products Regulatory Agency, said the side effects for 12 to 15-year-olds being vaccinated are “mild.”

“We’ve undertaken a very thorough review, both of the UK and the international reports, there is a consistent pattern, slightly more often frequently do we see cases in young males and after the second dose,” she said.

“But, overall, the conclusion of our expert advisers is these are mild cases, individuals usually recover within a short period of time with standard treatment,” she added.

“Our advice remains that the benefits outweigh the risks of getting vaccinated, and this includes those aged 12 to 15.”

A recent study from the United States suggested that the rate of cardiac adverse events for males between the ages of 12 and 15 without a serious underlying health condition after getting their second Pfizer-BioNTech or Moderna COVID-19 dose was up to six times higher than their risk of COVID-19 hospitalization.