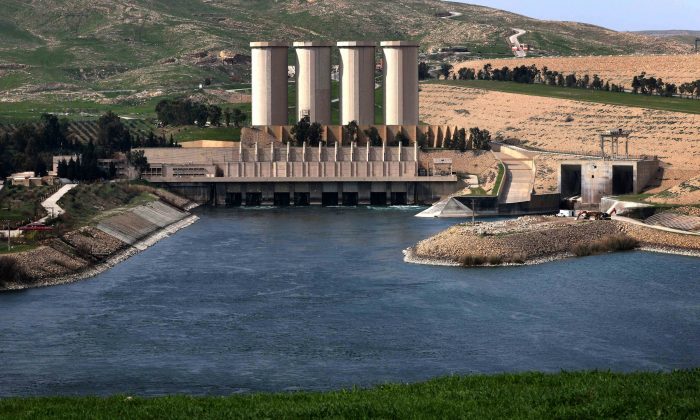 The collapse of the Mosul Dam in northern Iraq could kill more than 1.5 million people in a flood, according to a former high ranking engineer in the Iraqi government, NBC News reports.

Earlier this week, the Iraqi government has asked residents living near to dam to move at least 3.5 miles away from riverbanks, and the U.S. Embassy in Baghdad issued an evacuation warning to U.S. citizens about planning for a possible “collapse of the dam.”

“Some models estimate that Mosul could be inundated by as much as 70 feet (21 meters) of water within hours of the breach,” the Embassy said in a statement. An estimated 500,000 to 1.47 million Iraqis would “probably would not survive” the flood.

The flood would not only swallow the large city of Mosul, but also affect the capital of Baghdad as well.

“At least a few hundred thousand people will be killed immediately,” Nasrat Adamo, former chief engineer at Iraq’s Irrigation Ministry, told NBC. “The flood wave is so fast that it would arrive to [the city of] Mosul in two hours and the city would be under [82 feet] of water.”

Mosul was conquered by ISIS around two years ago and is the main Iraqi stronghold for the terrorists.

Mosul was conquered by the Islamic State (ISIS) around two years ago and is the main Iraqi stronghold for the terrorists, according to NBC.

The security of the dam is not only a humanitarian concern, but a political one as well, and its collapse could imperil the Iraqi government.

“The failure of the Mosul Dam could threaten the lives of large numbers of civilians, endanger U.S. personnel and facilities, including the U.S. Embassy in Baghdad, and prevent the Iraqi government from providing critical services to the Iraqi populace,” the White House said in a 2014 letter, according to ABC News.