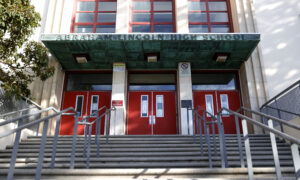 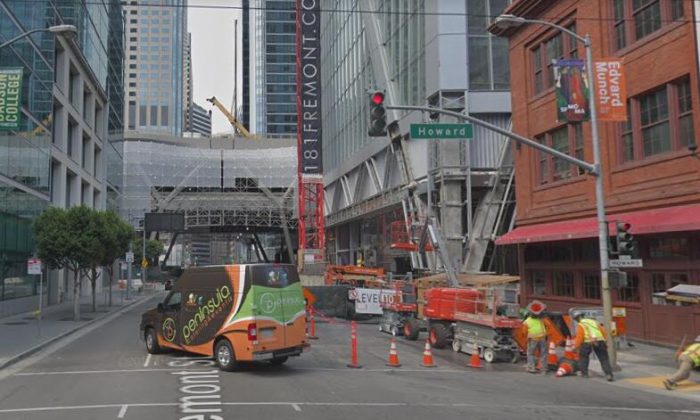 Officials with the Transbay Joint Power Authority laid out plans for testing two cracks found in steel beams last week at San Francisco’s now-shuttered Salesforce Transit Center on Oct.3, indicating a cause for the cracks could be determined by early November.

During a meeting for the TJPA Board of Directors this morning, senior construction manager Dennis Turchon said the next steps involve installing temporary shoring along the closed part of Fremont Street in order to help take the load off of the cracked beams.

Once the shoring system is installed, Fremont Street could reopen to traffic by Oct. 12 at the earliest.

The temporary shoring would most likely be located in the middle of Fremont Street, with concrete barriers protecting the shoring system and with traffic going around it on both sides, Turchon said.

Only after the shoring system is installed can engineers with contractor Webcor/Obayashi and structural engineering firm Thornton Tomasetti take samples of the steel to determine what caused the cracks.

The sampling and testing could take two weeks, according to Turchon. Once a cause is found, then engineers can begin working on a permanent fix.

According to Bruce Gibbons, managing principal with Thornton Tomasetti, engineers will cut out a portion of the steel flange to test it. Gibbons assured the board that cracks in steel can be fixed in place, without having to remove or replace the entire beam.

“This is not the first time that steel has cracked. But in each case, the factors could be different, which is why there is the need to look at all the factors to determine what the cause might’ve been.”

TJPA Executive Director Mark Zabaneh said once the engineers begin to install a permanent fix, reopening the transit center’s fourth-story park is “definitely a possibility” while the rest of the center remains closed.

The cracked beams were found on Sept. 25, running parallel along the roof of the bus deck that goes over Fremont Street between Mission and Howard streets, prompting TJPA officials to abruptly close the transit center as well as the part of Fremont Street underneath the bus deck.

Engineers have inspected other areas of the transit center where the beams are configured similarly and haven’t found any other problems.

The $2.2 billion transit center opened in August and served as a regional bus depot, with future plans to connect it to Caltrain and the state’s high-speed rail line.

Buses are now operating from the Temporary Transbay Terminal at Howard and Main streets in San Francisco, where they operated from before the transit center opened.