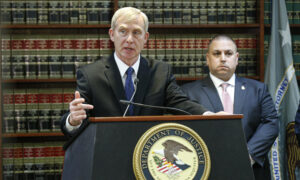 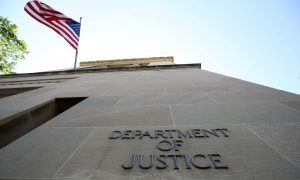 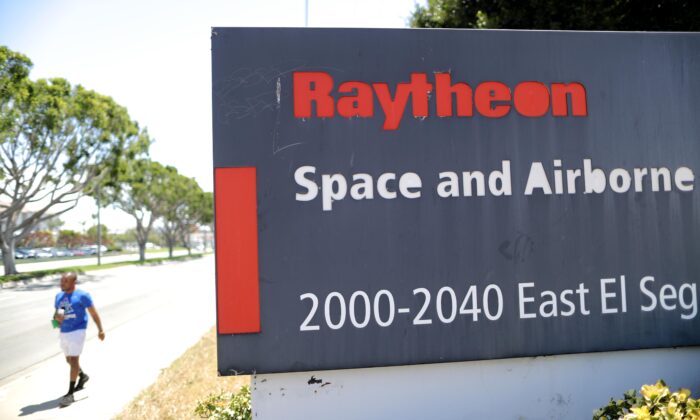 A sign is posted at a Raytheon Co. campus in El Segundo, Calif. on June 10, 2019. A former engineer at Raytheon Missile Systems was indicted on charges of violating U.S. export control laws. (Mario Tama/Getty Images)
US News

A Chinese-American former engineer at a major U.S. defense contractor has been indicted on charges of violating federal export control laws after he took his work laptop, which contained classified missile technology, without authorization to China.

Wei Sun, a 48-year-old Chinese-born U.S. citizen, had worked as an electrical engineer for a decade at Raytheon Missile Systems, a subsidiary of Raytheon, the fourth-largest U.S. defense contractor, according to court documents. The Tucson-based unit produces missile and missile-defense systems for the U.S. military.

During his employment, Sun held a secret-level security clearance and had access to sensitive advanced missile-defense technology.

In December 2018, Sun told a Raytheon official that he planned on taking his work laptop on an overseas trip, court records said. The engineer was told, however, that doing so would be a violation of company policy and of federal export control law because his laptop contained sensitive data on a missile-defense project that he had been working on.

Sun did so anyway, prosecutors allege. He also logged onto the Raytheon internal network while overseas and, using his work email, sent an email to the company in January 2019 saying he was resigning in order to study and work overseas.

Sun was arrested by the FBI the next day, according to Quartz, which first reported the case.

An assessment of Sun’s laptop by a Raytheon lawyer confirmed that it contained defense data subject to export restrictions under the International Traffic in Arms Regulations, the complaint said. Under those regulations, a person must apply for a license from the U.S. State Department to export any export-controlled data from the United States.

It also contained an IT security program that itself was subject to export controls, the complaint added.

Sun was indicted in February 2019 in a case heard at the U.S. District Court for the District of Arizona. He has pleaded not guilty and is currently being held without bail. He is expected to change his plea to guilty as part of a plea agreement with prosecutors, Quartz reported. Sun is set to appear in court on Feb. 14.

Sun’s attorney and Raytheon didn’t respond to requests for comments. The U.S. Attorney’s Office for the District of Arizona couldn’t immediately be reached for comment.

The case forms part of a growing list of federal prosecutions related to espionage by the Chinese state.

Last year, an adjunct professor at the University of California-Los Angeles was convicted for his role in a scheme to fraudulently acquire sensitive microchip technology from a U.S. firm, and illegally export it to China. The semiconductor chips in question had both commercial and military applications, including in missile-guidance systems for the U.S. military.