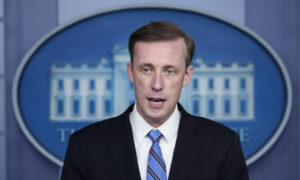 Fellow Canadian David Matas and I are here to urge your government, legislators, media and other citizens to join the international campaign to end the inhuman commerce in organs from a large community of peaceful Chinese citizens.

We’re both encouraged that “The Traffickers,” playing now in theaters across Korea, is bringing public attention to this new crime against humanity. The film was prompted by the tragedy of a Korean couple honeymooning in China. The bride disappeared: her body was later found with many organs missing. It is, however, government-sponsored organ trafficking across China that many of us have been attempting to stop for more than a decade.

The democratic world should be as actively engaged as feasible on human dignity issues during the leadership transition in Beijing. Democracy with Chinese features is probably closer than many now realize. The Chinese people should be encouraged to know that the values we seek to encourage in their new leaders are universal ones, including, the rule of law, dignity for all, and a peaceful world.

Consider the case of Bo Xilai, whom too many democratic governments and business people naively courted for years. While governor of Liaoning Province from 2001-2004, Bo and his now-jailed police chief/Vice Mayor of Jinzhou City, Wang Lijun, were among the most brutal persecutors of Falun Gong, imprisoning them in large numbers and permitting their organs to be taken and sold for profit for transplant surgery. They and others were rising stars in former president Jiang Zemin’s faction in the Party partly because of their zealous support for Jiang’s persecution of Falun Gong from mid-1999.

In 2004, Wang, a policeman by training, founded an organ transplant research center which carried out research on drugs for improving the process of human organ transplants by conducting several thousand organ transplant operations with unexplained organ sources. Premier Wen Jiabao was so disturbed by Wang’s conduct that his rhetorical question to Party members was leaked on March 14 of this year, “Without anesthetic, the live harvesting of human organs and selling them for money—is this something that a human could do?” Wen used the lawsuits launched by Falun Gong practitioners against Bo in 13 countries for his role in crimes against humanity to have Bo removed as Commerce minister in 2007 and later to block his rise to the Standing Committee of the Party. Democrats around the world should be supporting reform-minded party members on this and a host of governance issues.

Falun Gong is a discipline that seeks to improve body, mind, and ethics. It contains features of traditional Chinese Qigong, Buddhism and Daoism, combined with a set of gentle exercises. Its core principles are “truth, compassion and forbearance.” The party-state has repressed the Falun Gong movement brutally since July 1999. Rape, torture, beating-to-death, detention in forced labor camps, brainwashing—all became the lot of many Falun Gong across China. They responded with a nonviolent defense of human dignity within China and in many other countries.

After 1980, the post-Mao Party withdrew funds from the health system across China, telling it to make up shortfalls from service charges to patients. Selling the organs of executed convicted persons became extra income for surgeons, prison guards, military and others. After 1999, tens of thousands of Falun Gong prisoners of conscience became a live organ bank for wealthy Chinese patients and “organ tourists” from abroad.

David Matas and I visited about a dozen countries to interview Falun Gong practitioners sent to forced labor camps, who later managed to leave the camps and China. They were sent to camps after mid-1999 on only a police signature. The system was created in Stalin’s Russia and Hitler’s Third Reich and copied in the 1950s by Mao. The now well-documented treatment of this peaceful community across China should remind the world of the Nazi death camps for varied reasons. Bo Xilai and others in the Jiang Zemin faction clearly now want to conceal these activities.

Practitioners told us of working in appalling conditions in camps for up to sixteen hours daily with no pay and little food, crowded sleeping conditions and torture. They made a range of export products as subcontractors to multinational companies. This is gross corporate irresponsibility and a violation of WTO rules; it calls for an effective response by all trading partners of China. Each should enact legislation, which places an onus on all importers to prove goods were not made in effect by slaves.

The camps allow the Party to send anyone to them for up to three years with neither hearing nor appeal. One estimate of the number of the camps across China as of 2005 was 340, holding about 350,000 inmates. Other estimates are much larger. In 2007, a U.S. government report concluded that at least half of the inmates in the camps were Falun Gong.

According to our research, detailed in our 2009 book “Bloody Harvest,” practitioners have been killed in the thousands since 2001 so that their organs could be trafficked to Chinese and foreign patients. For the period 2000-2005 alone, we concluded that for 41,500 transplants done, the only plausible explanation for sourcing was Falun Gong.

Our main conclusion was that there “continues today to be large-scale organ seizures from unwilling Falun Gong practitioners… Their vital organs, including kidneys, livers, corneas and hearts, were seized involuntarily for sale at high prices, sometimes to foreigners, who normally face long waits for voluntary donations of such organs in their home countries.”

Have the efforts of many in China and around the world to stop these crimes against humanity made a difference? I’ll mention only a few of the international initiatives.

United Nations: In 2006 and again in 2007, the U.N. special rapporteurs asked the Chinese government for an explanation of the allegation of organ harvesting from live Falun Gong practitioners. Beijing provided no substantive answer, simply denying the charges.

In a report submitted to the tenth Human Rights Council session in 2009, Prof. Manfred Nowak, Special Rapporteur on Torture, stressed that, “New reports were received about harvesting of organs from death row prisoners and Falun Gong practitioners.”

Independent experts of the U.N. Committee against Torture also addressed the issue of organ pillaging from Falun Gong: “(China) should immediately conduct or commission an independent investigation of the claims that some Falun Gong practitioners have been subjected to torture and used for organ transplants and take measures, as appropriate, to ensure that those responsible for such abuses are prosecuted and punished.”

European Parliament: In September 2006, the E.U. Parliament adopted a resolution condemning detention and torture of Falun Gong, and expressing concern over reports of organ pillaging. The issue was also raised by direction of the E.U. troika leadership through Finnish Foreign Minister Tuomioja, meeting that year with China’s Foreign Minister.

United States Congress: Earlier this month, 106 Members of Congress from both parties wrote to Secretary of State Clinton, urging her to release information on organ pillaging from Falun Gong practitioners and other religious/political prisoners, and seeking the release of any related information she might have, including details that Wang Lijun is believed to have transmitted during his brief sanctuary in a U.S. consulate in China in February. The letter also referred to a Sept. 12 Congressional hearing, where witnesses implicated Chinese hospitals and doctors in forced organ pillaging from prisoners, mostly of Falun Gong, but including Uyghurs, Tibetans and “House” Christians.

Taiwan: In 2007, Hou Sheng-mao, then Director of Taiwan’s Department of Health, reported requesting that Taiwanese doctors not recommend to patients traveling to mainland China for transplants.

Australia: In 2006, the Australian Health Ministry ended training programs for Chinese doctors in organ transplant techniques at two of its hospitals, and banned joint research programs with China on organ transplantation.

China: The party-state today accepts in principle at least that sourcing organs from prisoners is improper. Deputy Health Minister Huang Jeifu said in 2009 that executed prisoners “are definitely not a proper source for organ transplants.”

Unfortunately, the international initiatives have not yet ended trafficking in organs across China. Since we began, the number of convicted persons sentenced to death and then executed has decreased overall quite dramatically, but the number of transplants, after a slight decline, rose to earlier levels. Since the only other substantial source of organs for transplants in China is prisoners sentenced to death, a decrease of sourcing from that population means an increase in sourcing from Falun Gong.

For organs trafficked in China, Matas and I would encourage South Koreans to consider our recommendations, including:

Urging the party-state in China to cease the repression of Falun Gong; cease organ-pillaging from all prisoners; remove its military from the organ transplant business; establish and regulate a legitimate organ donor system; open all detention centers, including forced labor camps, for international investigation; and free all prisoners of conscience.

Implement the following until organ pillaging from all prisoners ceases: Medical professionals in every country that respects human dignity should actively discourage their patients from going to China for transplant surgery; no government should issue visas to Chinese MDs for training in organ transplantation; MDs from outside China should not travel there to give training in transplant surgery; contributions submitted to medical journals about experience with transplants in China should be rejected; and pharmaceutical companies everywhere should be barred by their national governments from exporting to China any drugs used solely in transplant surgery.

Your government earlier returned ten Falun Gong practitioners from China, who had applied for refugee status here. If your government now accepts that organ pillaging is being done to Falun Gong, or even that they are often arrested upon return, deportation would strongly appear to violate the Geneva Refugee Convention. To its credit, your government has not deported anyone for at least a year and seems unlikely to do so in future.

All democratic governments ought to enact effective safeguards to combat ongoing organ trafficking inside and from China. Now is opportune because the issue, which sustains mass murder, the persecution of Falun Gong, appears to be a factor in the struggle for positions on the new Standing Committee of the Party. Korea could join all of us across the world urging the new leadership next month to end both organ pillaging and the persecution of Falun Gong.

People in and beyond China might now have some real impact on the ending of this hideous commerce, not only because it is necessary for tens of millions of Falun Gong practitioners and their families, who have been torn apart across China, but also because it is good for China and the international community as a whole. We all want a China that has the rule of law, human dignity and can enjoy democratic governance.

The above is an adaptation of a note presented at the Koreana Hotel, Seoul, South Korea, on Oct. 29, 2012.