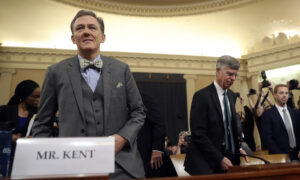 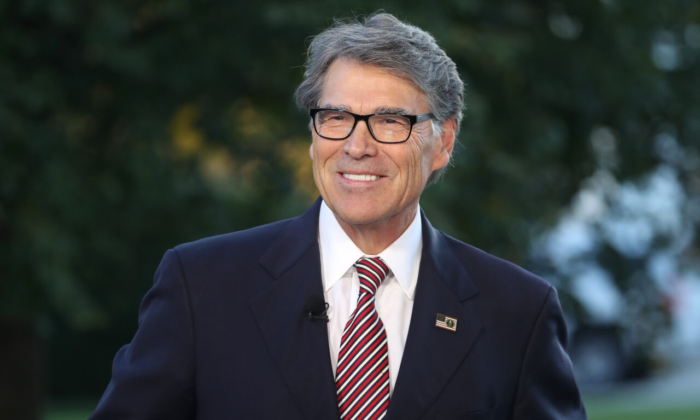 U.S. Energy Secretary Rick Perry had no knowledge that President Donald Trump wanted Ukraine to investigate former Vice President Joe Biden and Burisma, the Ukrainian company that hired Biden’s son Hunter, according to an interview set to air on Fox News this weekend.

“Not once, not once was the name Burisma [or] the Bidens mentioned to me,” Perry told Fox News. “Not by the president, not by Rudy Giuliani, and not by [U.S. Ambassador to the European Union] Gordon Sondland. And if there’s anyone who says anything different, then they’re surmising. And that’s not a wise thing to do.”

Democrats leading the impeachment inquiry of President Donald Trump allege that Trump sought to boost his 2020 reelection campaign by forcing Ukraine to investigate the Bidens. The Democrats also say that Trump withheld security aid from Ukraine to pressure Ukrainian President Volodymyr Zelensky to launch the investigation.

Career State Department officials who have testified in the impeachment inquiry have described the work by Perry, Sondland, and Volker as an “irregular channel” that eventually ran counter to the “interagency consensus” on Ukraine. Sondland took issue with that term during his testimony, telling lawmakers that senior Cabinet officials were all “in the loop” about the trio’s progress.

Perry, Sondland, and Volker traveled to Ukraine to attend Zelensky’s inauguration on May 20. They traveled back to Washington and briefed Trump on their trip on May 23. During the briefing, Trump expressed concerns about corruption in Ukraine. Sen. Ron Johnson (R-Wis.), who was present during the briefing, denounced bureaucrats who took issue with Trump’s foreign policy in a letter (pdf) to Rep. Devin Nunes (R-Calif.)

“In the end, if they are unable to carry out the policy of the president, they should resign. They should not seek to undermine the policy by leaking to people outside their chain of command.”

Perry told Fox News that Trump “will muscle right on through this. He is an extraordinary individual to stay focused and disciplined from the standpoint of, you know, we got a mission here and we’re going to get through it and we’re going to make this happen.”

“I don’t see the American people buying into this thing.”

During the July 25 call with Zelensky, Trump asked the Ukrainian leader to “look into” the firing of Ukrainian Prosecutor General Viktor Shokin. Joe Biden has bragged about forcing Shokin’s ouster by threatening to withhold $1 billion in U.S. loan guarantees from Ukraine.

Shortly before his firing, Shokin’s office seized the assets of Mykola Zlochevsky, the owner of Burisma, the firm which paid Hunter Biden to serve on its board of directors.