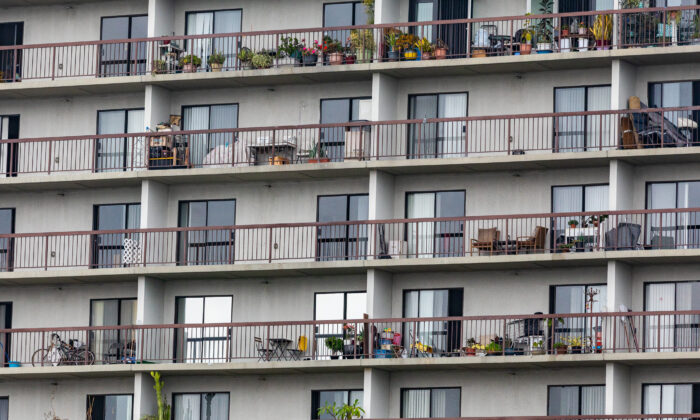 When I came to California in 1987, I drove to an apartment complex I liked near the coast in Huntington Beach, and asked the rent price and a couple other questions. They asked my place of employment and salary. Then I signed a lease and wrote a check. Simple.

When I recently moved to a complex in Costa Mesa, the process was more cumbersome: 56 pages for the lease plus the addendums. At least it was online so I could type in the information.

It soon could get worse. Senate Bill 1026 was introduced by state Sen. Bob Wieckowski (D-Fremont). In the language of the Assembly analysis, it requires “the owner of a residential dwelling unit … to make specified residential energy efficiency disclosures to a prospective tenant before entering into a rental agreement.”

Another addendum form added to the pile.

The requirement is absurd on its face because apartments are so expensive in California that price crowds out almost all other considerations. And everybody knows if you can afford to get a place close to the beach, your energy bills will be lower because you require less heating in the winter and less cooling in the summer. When I lived in Huntington Beach for 30 years, I didn’t even have air conditioning. It was needed maybe three days a year.

The Assembly analysis noted the bill is similar to one already enacted in the state of Maine. However, the California Apartment Association pointed out, “Maine has standardized disclosure language that can be inserted into the rental application as an alternative to performing an extensive unit-specific energy efficiency audit. SB 1026 does not include an alternative, making the requirements of the bill incredibly onerous and flat out unworkable for small housing providers.”

The company I’m renting from owns many thousands of rental units in California, so its cost of compliance will be negligible. But for mom and pop landlords with a small complex, the cost could put another dent in income—at a time when inflation is raising the costs of mortgages, repairs, and utilities.

A lot of these small landlords were hit hard during the pandemic from the eviction moratorium. That moratorium, by the way, continues in Alameda County, which Sen. Wieckowski represents.

Like the moratorium, the multiplying regulations heaped on small landlords could force many of them to sell their properties to the large companies, ending the personal relationships that can add so much to a community. At the large place where I rent, the only time I saw an actual human being was when she gave me the post box key. Everything else was online—virtual.

Ultimately, many of these small landlord’s units will be converted to condos, or bulldozed for something else.

The association also noted, “We see nothing that a tenant can do to address or solve any stated energy goal by requiring the landlord to provide an energy efficiency disclosure. Rental property owners are already required to provide extensive notices and documentation before and upon signing a rental agreement.” That’s for sure.

And, “We believe an energy efficiency disclosure provides no significant information for which the tenant can act upon. We appreciate that a tenant may want to plan for the cost of energy, but with the recent amendments that remove the utility company mandate to provide the cost of utilities, this disclosure is not useful.”

Finally, if Proposition 30 passes this November, the calculations could become even more complex. Paid for with a tax increase up to $4.5 billion, according to the secretary of state’s ballot summary voters will see, its funds would allocate “35 percent for charging stations for zero-emission vehicles,” including at apartment buildings.

Would that factor be included in the environmental disclosure agreement? How about if such stations are located nearby? If landlords don’t factor such information properly, will they be punished?

Who knows. This is California. The main thing is to strike the proper pose of environmentalist concern.