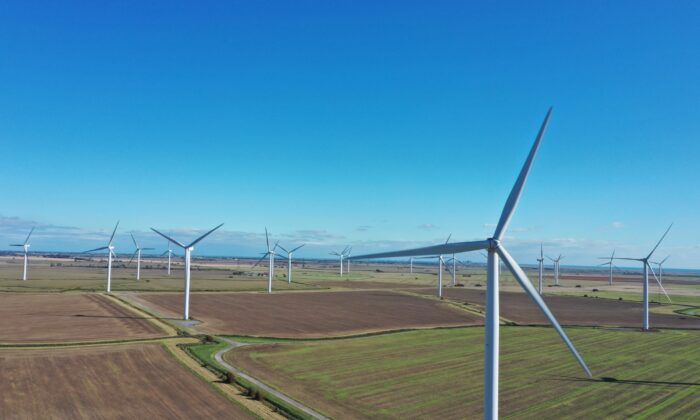 Britain’s energy price cap should be changed to become more reflective of the cost for suppliers to buy energy from the wholesale market, the boss of one of Britain’s biggest suppliers has said.

The energy price cap is likely to cost the industry around £5 billion ($6.86 billion) over the next six months as customers fall off their fixed-term tariffs and are moved onto a cap-regulated tariff, Scottish Power Chief Executive Keith Anderson said.

It will likely bring down dozens more energy suppliers and leave just a handful, maybe five or six, businesses in the market, he said.

“The impact of that, if nothing else changes between now and then, we think you could see by that time the market return to five or six companies, and you could go all the way back to a new version of the Big Six,” he said.

At the moment, customers who are coming to the end of their one-year fixed-term energy deal with Scottish Power or another supplier are being rolled onto the price cap, currently set at £1,277 ($1,752) for the average household.

But gas prices have increased a lot in recent months, meaning the cost for suppliers to buy that energy is now higher than the price they charge.

When a household rolls onto the default tariff an energy supplier will buy their energy a year in advance, something that will cost them around £1,000 ($1,370) per customer.

Change is needed to the price cap, Anderson said. But there has been little movement from officials, despite many meetings.

He added: “Our view would be the price cap should be changed at least quarterly, perhaps more frequently depending on the market conditions.

“And the price cap has to catch up with the reality of the cost, and the supply cost of gas and electricity, more quickly than it currently does.”

Regulator Ofgem said: “Ofgem is working closely with government and industry to ensure that customers remain protected. We have robust systems in place to ensure this.

“The price cap will remain in place this winter to protect millions of people from the sudden increases in global gas prices.

“We are also working with government to ensure that we have a sustainable energy market that works for all customers.”