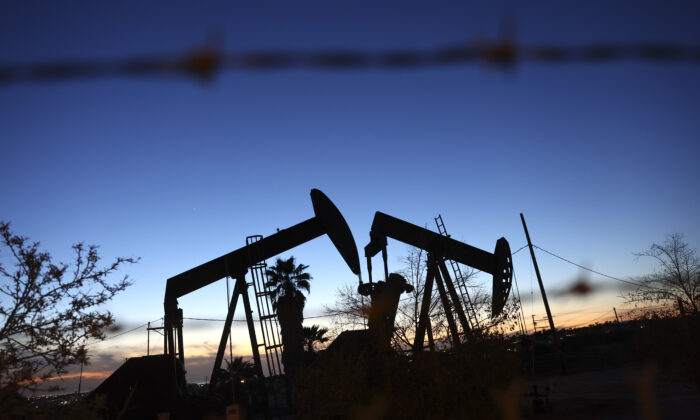 Energy Independent No More? US Poised to Be Net Oil Importer in 2022

The United States is poised to remain a net crude oil importer in 2022 for the second consecutive year, the Energy Information Administration (EIA) stated in a new report.

The world’s largest economy is projected to import an annual average of 3.9 million barrels per day (bpd) this year, according to the February 2022 Short-Term Energy Outlook report. It also projects that net import volumes will decline to 3.4 million bpd in 2023.

EIA officials said that the United States returned to importing more petroleum in 2021, adding that these imports could increase this year.

Looking ahead, the report stated that the United States could purchase less crude oil than it ships to foreign markets because domestic production is anticipated to climb to 12.6 million bpd.

The United States has largely been a net crude importer for the past 50 years, with many administrations promising energy independence. In 2020, the nation attained net energy exporter status amid the shale revolution and the COVID-19 public health crisis. America’s output levels rivaled those of Russia and Saudi Arabia, threatening their global market share.

Speaking at the White House on Feb. 22, President Joe Biden outlined a series of sanctions on Russia that targeted large state-owned banks, the Nord Stream 2 pipeline company, and foreign debt from Western nations. He also warned that “defending freedom will have costs” for the American people, adding that “this will blunt gas prices.”

White House press secretary Jen Psaki also told reporters that higher energy prices are “what we want the American public to be aware” of following sanctions on Moscow.

The national average price of a gallon of gasoline is $3.535, up from $2.645 the same time a year ago, data from the American Automobile Association (AAA) show.

Analysts purport that applying sanctions on Russia could have severe consequences for the United States and global economies, mainly because of how much Moscow is connected to international markets.

But a U.S. State Department official, speaking on condition of anonymity, told Reuters that these efforts “are not targeting and will not target oil and gas flows.”

This makes it sound like the U.S. government is “a bit desperate and wants to try to deflate some of the war premium in energy,” said Phil Flynn, the author of The Energy Report.

“Yet, can the Russian economy really be hurt if you don’t target their oil and gas industry?” he asked.

A 2021 BP Statistical Review of World Energy (pdf) revealed that Russia supplied 7 percent of U.S. crude oil imports last year. If this supply is eliminated, industry experts contend it would significantly raise West Texas Intermediate (WTI) and Brent prices to above $100 per barrel.

“Although high prices would in theory trigger a burst in tight oil production, acute supply chain bottlenecks, a lag between price signals and its impact on production, and winter weather-related disruptions will slow growth. Added to this are expectations that spot sand prices will rise to a $50 to $70 per ton range—a level unheard of in the industry’s modern history—which will hit operators’ wallets,” Abramov noted.

Biden halted new oil and gas drilling on federal land and other energy-related projects in a half-dozen states. In a ruling earlier this month, a Louisiana federal judge blocked the method in which officials were calculating the real-world costs of climate change.

The U.S. administration has promised to explore every option to ease soaring oil and gas prices. This includes tapping domestic strategic petroleum reserves. Last month, the Department of Energy approved the release of 13.4 million barrels. Reports suggest that White House officials are discussing releasing more gas reserves amid the unfolding conflict at the Ukraine–Russia border.

Biden also has entered into negotiations with Iran to establish a new nuclear pact. Should Washington lift sanctions on Tehran, the energy-rich country could immediately unleash as much as 87 million barrels of oil onto global energy markets.

However, because that would affect global prices, the Organization of the Petroleum Exporting Countries (OPEC) and its allies, OPEC+ revealed they want to bring Iran into their quota arrangement.

But strategists are split on the Iranian regime abiding by the cartel’s system.

“With the lifting of sanctions, Iran will increase its oil production according to its facilities, capabilities, and interests, to compensate for its lost oil revenues,” a source told Reuters. “In my opinion, OPEC+ will set a quota for Iran’s oil production but will apply it gradually, and Iran will accept the quota with some bargaining to show its support for OPEC.”

Ellen R. Wald, a senior fellow at the Atlantic Council’s Global Energy Center, wrote in an op-ed in The Hill that Biden also needs to extend “regulatory certainty” to U.S. oil and gas producers.

“Even with the administration’s commitment to renewable energies and new technology, assurance that oil and gas have not become an enemy of this administration would go a long way toward encouraging investment and growth in oil and gas production,” Wald stated.

“Given that there is still plenty of uncertainty over how the situation will evolve, we would expect markets to continue to price in a fairly large risk premium, particularly given that the current tightness in a number of these markets leaves them more vulnerable to supply shocks,” they said in a note.