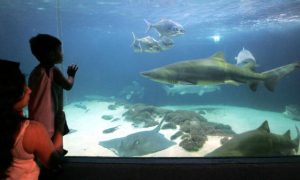 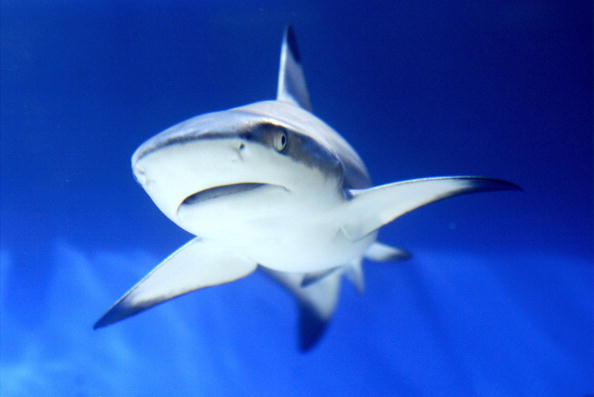 A shark is seen in an aquarium during the International Animal Fair in Istanbul, 02 April 2005. (AFP PHOTO/Mustafa Ozer)
Environment

A new technology that will help quickly identify shark species and help save them is here. The software called iSharkFin was developed by the Food and Agriculture Organization (FAO) jointly with the University of Vigo and was funded by the Government of Japan and the Convention on International Trade in Endangered Species of Wild Flora and Fauna (CITES). Its aim is to provide protection to endangered species of shark with a click of a button and fight against the illegal shark fin trade.

iSharkFin enables even people who lack formal taxonomic training to identify different shark species. It is an easy-to-use interactive software. All one needs to do is to upload photographs of the fish they spotted and then key in a few points regarding the fin shape and other characteristics from the available data. This data is then compared by an algorithm with iSharkFin’s memory bank and the shark species is identified by the software.

Monica Barone, who led a team in FAO in developing the software said, “The target users are port inspectors, customs agents, customs officers and also fish traders; People with or without training. And the ultimate goal is identification of fins for protecting species.”

The software has been in development since 2013 when five shark species were added to CITES. The first version can identify 35 shark species from dorsal fins – the one on top of the creature’s spine and 7 species from pectoral fins below. These include many species which are frequently traded illegally across countries. This software is expected to be a huge help to the authorities in tracking and putting a stop to the illegal shark fishing.

A new study has brought forth the harsh result that above 73 million sharks are being killed each year which is more than 6 percent of the total shark population. These numbers are four times higher than the FAO estimates based on their official production statistics. Needless to say, these numbers if correct, point out that the current situation is not sustainable at all since sharks have a small number of off springs and a long maturation time.

The difference in the study and the FAO estimates is attributed to the practice of ‘shark finning’ which involves cutting off a shark’s fins and throwing the creature into the sea again. To curb this practice, many countries insist that shark fins may be traded only if the entire carcass is present and have declared shark finning illegal.

“The tool is important to improving shark statistics in the world,” said Barone, adding that it will benefit enforcement of protection of species.

Also according to Barone, the software will help to better understand the difference in the shark fishing figures between the FAO estimates and the recent study. Using the data entered for species identification, one can extrapolate the approximate weight and volume of whole animals and an alternate calculation of Shark catches can be made.