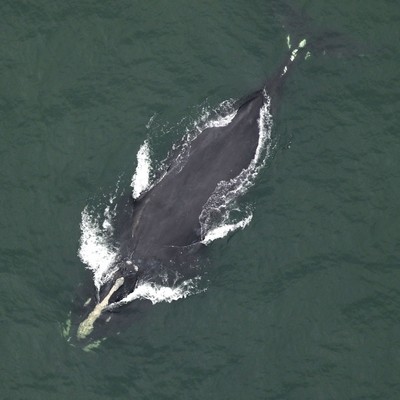 (Sea to Shore Alliance)
US

Researchers have confirmed that a right whale was spotted off the coast of South Carolina for the first time in three years.

Chiminea was first seen in early January off Folly Beach but researchers took a little while to confirm the sighting.

It’s the first time one of the endangered species has been seen in nearly three years.

But The Post and Courier noted that the lack of sightings stems from the fact that the survey flight that spotted Chiminea hasn’t flown in the area since grant funding was curtailed in 2013.

The team decided to venture to Folly Beach this year, though, because fewer mother-and-calf pairs have been spotted farther south.

“Each of the survey teams has had a handful of sightings, but many of them have been resightings of the same animals. It’s still early in the season, so we’re hoping things will pick up, but water temperatures are above average, which has been correlated with lower right whale sightings,” said Cynthia Taylor, Sea to Shore Alliance research scientist.

More than a dozen right whales are spotted off the South Carolina coast on average every year.

Scientists estimate there are fewer than 600 right whales alive, making them one of the most endangered marine animals in the ocean.

The whales were once prolific but whaling decimated their population.

The recovery has been slow due to a slow reproductive rate and threats from ships and fishing gear.