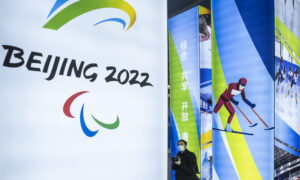 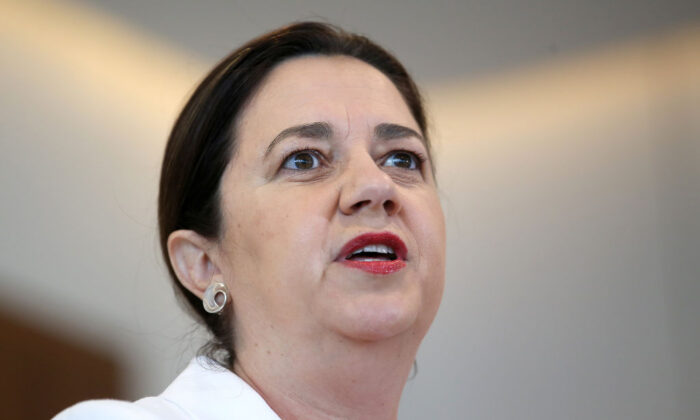 A third case was reported in hotel quarantine.

“The fact that we don’t have any unlinked community transmission in the southeast, or in our state, is absolutely encouraging news,” she said.

She says a decision on extending the Greater Brisbane lockdown, which was due to end at 5 p.m. on Thursday, will be made in the next 24 hours and hinges on those two factors.

“It depends on the testing rates again, so if we see very good testing rates across Queensland, and we don’t see any unlinked community transmission, the signs for Easter are looking positive,” Palaszczuk said.

The two additional cases were reported after 33,408 tests were conducted in the 24 hours to 9 a.m. on Wednesday.

One of the two new locally-acquired cases is a nurse at Princess Alexandra (PA) Hospital in Brisbane, who the premier said had been vaccinated. The other new case is her housemate.

This is now the third PA hospital staff member to have contracted the virus, in addition to another nurse and a doctor.

The premier imposed a snap lockdown on Monday on the advice of Chief Health Officer Jeannette Young after two clusters of the UK variant of COVID-19, the disease caused by the CCP (Chinese Communist Party) virus, emerged from PA Hospital in Brisbane.

However, the PA Hospital was locked down even harder on Tuesday night, with Queensland’s second-largest hospital turning away all but the most critical patients on Wednesday morning.

Like all Brisbane hospitals, it had been turning away visitors since last Friday.

“This additional lockdown will enable PA Hospital to put in place processes to manage impacts associated with these linked cases,” an official said.

The hospital is testing all staff who’ve worked in the COVID-19 ward since March 19.

Queensland’s chief health officer said well over 1,000 people were in self-isolation or quarantined after coming into contact with known cases.

She said a decision on extending or expanding Greater Brisbane’s lockdown would depend on what the numbers looked like on Thursday morning.

“This is only one day of encouraging results, [but] we need to get more results from today, so it is absolutely, extremely important that anyone with any symptoms gets tested, so if there’s any other trends of transmission, we pick them up immediately,” Young said.

“Then we’ll get those results tomorrow morning, and we’ll be able then to make a decision,” she said.

The number of exposure sites in Queensland jumped to 81 overnight, with alerts for another two venues across the border in the New South Wales town of Byron Bay.

It is not yet known whether the annual Byron Bay music festival will go ahead or be cancelled.

Health Minister Yvette D’Ath did not appear at Wednesday morning’s press conference after she woke up with a sore throat and decided to get a COVID-19 test.

She lives in the Moreton Bay region, where a number of exposure sites are located.

“The health minister is following exactly her own advice and I encourage everyone else, if you have any symptoms as well, to please do the same and go and get a test,” Palaszczuk said.

“It may be one thing to go there, but coming back might also be difficult,” he said. “I can’t predict what’s going to happen in the next week or two.”

The state now has 71 active cases, including those already in hotel quarantine.