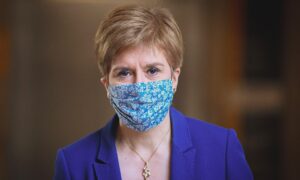 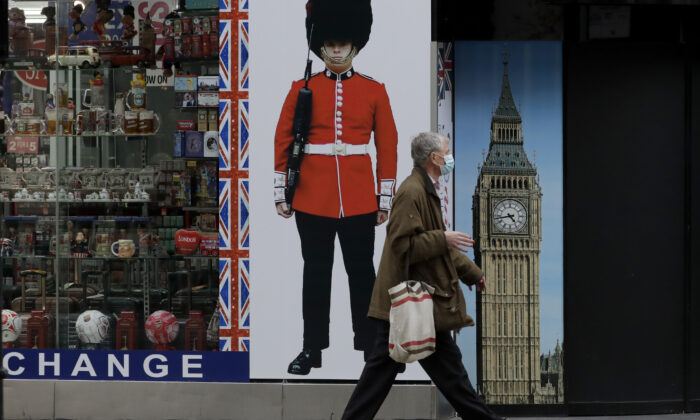 The government has announced that under new measures to limit the spread of the CCP virus, people in England may soon not have to automatically self-isolate if they have been in contact with someone who has tested positive for the disease.

Prime Minister Boris Johnson told the House of Commons on Monday that instead of putting themselves in quarantine for 14 days, contacts will be asked to get daily tests for a week and can carry on as normal if they test negative.

As part of the government’s new Covid-19 Winter Plan, the measures will be started in Liverpool this week, and if successful could be rolled out across the whole of England from January.

Johnson said mass rapid testing in Liverpool had contributed to a “very substantial fall” in infections, and, following that, a “six-week surge of testing” would be offered to all local authorities in Tier 3 areas in England.

The untried system had “many unknowns,” he said, but should mean that contacts who test negative for seven days could be allowed to meet up “in certain places” with others who have also tested negative.

Johnson said local areas engaging in the testing push will have a better chance of easing tiering rules. He also said he was working with devolved Scotland, Wales, and Northern Ireland so all four UK nations can benefit.

Currently, those testing positive for the CCP (Chinese Communist Party) virus, commonly known as novel coronavirus, have to self-isolate for 10 days and their close contacts for 14 days.

There is no cap on the number of times an individual might have to quarantine, so a person could be asked to do so multiple times, even if they themselves have already had the virus.

A notable case is Johnson himself who, after contact with someone who had the virus, continues to self-isolate in the flat above 10 Downing Street despite testing negative.

Johnson said that the planned measures were made possible due to “breakthroughs” that showed the “scientific cavalry is now in sight.”

He confirmed that current national lockdown restrictions in England will end on Dec 3; however, the country will then fall back to a three-tier system even tougher than before.

While the main opposition Labour Party gave the government’s new measures a cautious welcome, Johnson faces major opposition from lawmakers in his own Conservative Party.

They argue that the economic and wider collateral health damage from restrictions is too severe.

One of the skeptics, MP Mark Harper, who around two weeks ago launched the Covid Recovery Group (CRG) of Conservative backbenchers, said he needed to be reassured that “each measure is going to save more lives than it costs”.

The 10-day-old CRG on Saturday sent a letter to Johnson saying the group of 70 MPs can’t support any further lockdowns unless the government can prove their effectiveness.

“We cannot support this approach further unless the government demonstrates the restrictions proposed for after 2 December will have an impact on slowing the transmission of Covid, and will save more lives than they cost,” the MPs wrote.

Though there is no doubt that the CCP virus is a “deadly disease to many,” along with impacts such as deteriorated mental health and poverty, equal regard should be taken of other “lethal killers” such as cancer, dementia, and heart disease, the letter stated.

The MPs called for the government to “publish a full cost-benefit analysis of the proposed restrictions on a regional basis so that MPs can responsibly assess the non-Covid health impact of restrictions, as well as the undoubted impact on livelihoods”.

Lily Zhou and The Associated Press contributed to this report.