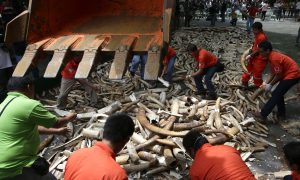 In Fight Against Elephant Poaching, Philippines Crushes 5 Tons of Ivory
0 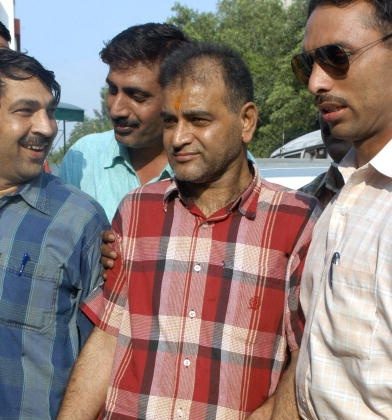 End of an Era: India’s Most Notorious Poacher Dead

Infamous poacher Sansar Chand, who single-handedly wiped out all the tigers of Sariska Tiger Reserve in Rajasthan died on Tuesday of lung cancer. Often called the deadliest wildlife criminal of India, Chand and his family killed more tigers and leopards of the country than anyone else till date.

60 year old Sansar Chand was suffering from lung cancer. He was lodged in Alwar central jail and was brought to SMS hospital in Jaipur last week. According to doctors, he had tumors in his lungs, brain and spinal cord. The cancer was in the last stage. He went into coma on Monday. Before being shifted to SMS, he was undergoing treatment at AIIMS in Delhi.

Belonging to the Gihara tribe of Thanagazi area of Alwar district, Chand was initiated into poaching and smuggling by his grandfather Pannalal at the age of 12. The boy quickly learnt the tricks of the trade and in four decades of merciless mayhem killed more than 200 tigers, 3000 leopards, 5,000 otters, 20,000 wild cats, 20,000 wild foxes and numerous other wild animals. Totally unapologetic about his ‘business’ Chand, often dubbed Veerappan of the North, proudly said the number of animals he killed is uncountable.

Diaries seized from Sansar Chand’s family by the Rajasthan Police in 2004 allegedly showed transactions of 40 tiger skins and 400 leopard skins, in a period of just 11 months from October 2003 to September 2004.

During interrogation by the Central Bureau of Investigation (CBI) in 2006, Sansar Chand apparently admitted to selling 470 tiger skins and 2,130 leopard skins to just four clients from Nepal and Tibet.

But it was not merely his strategic killing spree across the country that added to Chand’s notoriety. It was also the slyness with which he managed to escape from all criminal cases against him.

“Sansar operated through conduits and couriers and would never involve himself directly. Despite being the kingpin, he could not be nailed because of this modus operandi,” said Saurabh Sharma, who fought several cases against Sansar on behalf of the Wildlife Trust of India.

The first case against him was filed in 1974 but the poacher continued to escape without much difficulty. He was caught and released at least a dozen times with no evidence directly linking him to the crime.

“Sansar’s first arrest was in September 11, 1974. He was arrested from his house in Sadar Bazar, and several wildlife articles were recovered. He was sentenced to a year and half in prison along with a fine of 5,000 rupees, by an ACMM court. His petition in the High Court was quashed. After serving about six months in prison, he was pardoned by the Supreme Court as he was a juvenile during his arrest,” added Sharma.

As the dare to hoodwink the law grew, so did grow the incorrigible poacher’s empire.

The sustained cruelty to animals — caught in iron traps, clubbed to death and then skinned brought rich dividends. Over the years, Sansar Chand bought 45 properties, some of them covering an entire lane in Delhi’s Sadar Bazar.

In 2005 he was finally arrested by the Delhi police with help from other organizations like the WTI, in a dramatic, top secret swoop codenamed ‘Operation Murari Lal’.  Sansar Chand was accused in at least 50 cases of killing and cruelty to animals, but thanks to shoddy investigations and the poacher’s ability to delude the police, only one case could be proved conclusively.

“It is an end of a dark chapter in wildlife. He was a potent danger to wildlife. It is believed Chand was carrying out his activities from the jail. His acquittal in a number of cases was worrisome,” said standing counsel of Animal Welfare Board of India, Dr Mahendra Singh Kachhawa.

In 2010, the top court famously slammed Sansar Chand in the strongest terms for challenging his conviction, saying,

“You are selling the skin of tigers and leopards. Tomorrow, you would sell even human skin.”

Indian judiciary system often has immense challenges in unearthing wildlife crimes and giving quick justice, as well as punishment in poaching cases. For a seasoned criminal like Sansar Chand it might not have been difficult to get away this time too despite all efforts of conservation organizations, state governments and the police.

Rapid trial, strong evidences and severe punishment for a life full of butcheries would have indeed set a better example for other poachers to tread with caution when eyeing Indian wildlife in future. Nonetheless, what law could not, cancer did in the end. Wild tigers and leopards are now safe from the hands of the gory predator.